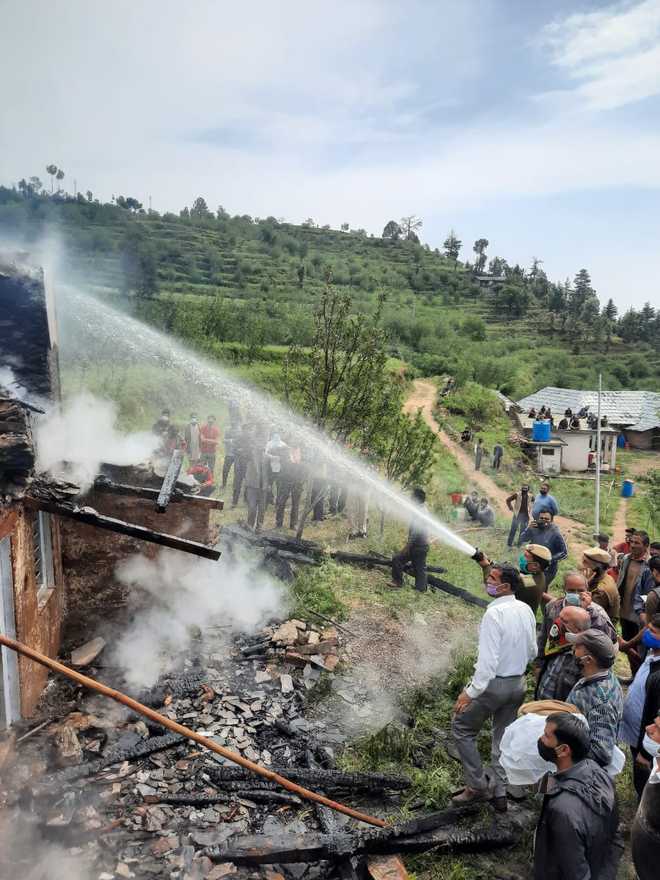 One person was burnt alive in a fire incident at a two-storeyed house at Kamand village in Karsog subdivision of Mandi district today. Owner Jhansi Lal (52) lived alone in the house having four rooms while his family resides elsewhere. He died in the incident and the house was completely destroyed.

The house caught fire around noon. Villagers saw smoke coming out of the house and they tried to extinguish the fire. They also informed the Fire Department and soon a fire engine also arrived there and started efforts to control the fire. However, by then the entire house was reduced to ashes.

The Karsog tehsildar reached the village and provided Rs 15,000 to the victim’s family. Mandi SP Shalini Agnihotri said that villagers stated to have heard a blast in the house and the fire may have been caused due to the explosion of an LPG cylinder.— OC