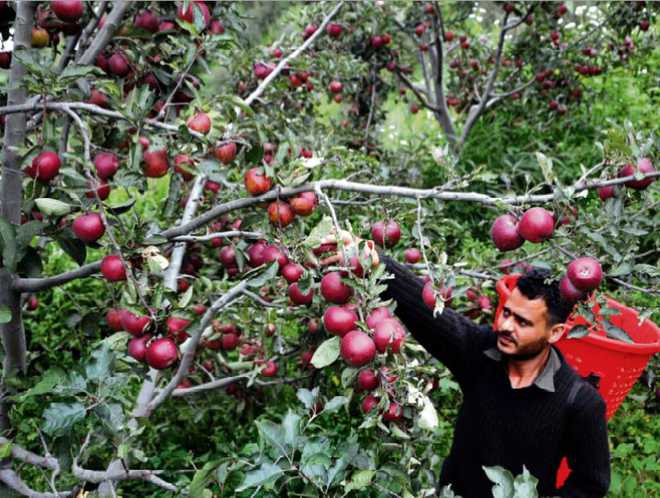 
The Department of Plant Pathology, Dr YS Parmar University of Horticulture and Forestry, Nauni, has advised apple growers to follow the spray schedule of apple scab recommended by the university as per the crop stage, especially in those areas where the disease had appeared during the previous year. As per the schedule, the spraying of Captan (600gm/200L water) or Dodine (200gm/200L water) or Ziram (600gm/200L water) or Fluxapyroxad 75g/L + Difenoconazole 50g/L SC (60ml/200L) at green tip is recommended. Wet weather conditions prevalent earlier this week in most parts of the state are conducive for apple scab development in the coming time.

The ABVP has demanded action against Heritage Institute of Hotel Management, Sanjauli, for allegedly charging excessive fee from students for various courses. The ABVP said if the institute was not derecognised, it would launch a massive agitation. The students’ body said students had approached the regulatory commission against the institute in the past too but the institute was let off with a fine of Rs 7,00,000. The ABVP said Himachal had become notorious for such practices in private educational institutions.

Ankita to interact with PM

Ankita Sharma, a student of Class XI, MCM DAV Sr. Sec. Public School, Baghni, Nurpur, has been selected for a live interaction with Prime Minister Narendra Modi in a programme “Pariksha Pe Charcha-2021”. She was selected through an online essay competition held between February 22 and March 18, wherein students across the country participated.