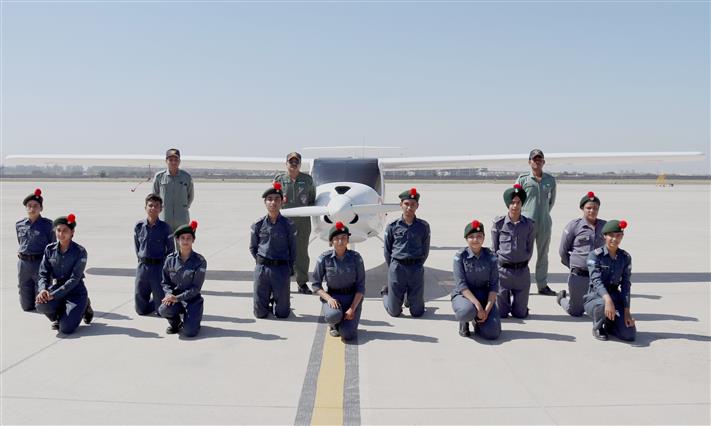 The central government has allotted 6,300 additional vacancies for Junior Division NCC cadets to the schools in Punjab, Haryana, Himachal Pradesh and Chandigarh under the fully self-financing scheme.

This long-awaited move is part of the expansion plan for NCC under which the government had approved additional one lakh vacancies for out of turn allotment of NCC to private or quasi-government schools which agree to bear all training expenses. Institutes having at least 500 students on its rolls can be allotted one company strength of about 150 cadets without any cost to the exchequer.

This move comes in the wake of the demand from numerous schools who could not introduce NCC due to limited vacancies available. This will benefit the student community in a big way wherein they can be a part of nation building exercise and can get the ‘A’ certificate which will not only help them in admission to professional colleges but also accrue benefits in getting jobs.

Besides getting basic military training, cadets will also get to attend camps, treks, mountaineering courses and leadership development capsules at a national level, as well as participate in various social service and community development activities.

Additional Director General, Punjab, Haryana, Himachal Pradesh and Chandigarh NCC Directorate, Maj Gen JS Sandhu, said schools which are interested in getting out of turn allotment under the self-financing scheme can approach the nearest NCC unit and they will be given the necessary guidance in utilizing the scheme.

In December 2019, the Central government had approved one lakh additional vacancies in the NCC under the aforementioned scheme to boost the cadet strength and bring more educational institutes within its ambit. Under the scheme, the institutes availing the new vacancies are required to bear all the expenditure incurred on training, uniforms, equipment, transport, refreshments, NCC staff and the hiring of instructors.

Filling up the vacancies has been a slow process so far, which has been attributed to the ongoing COVID-19 pandemic and the consequent restrictions and shutdowns imposed to mitigate its spread. According to government data compiled in March, NCC is available in 17,644 educational institutes in the country so far, with 8,902 institutes, including 5,862 schools and 3,040 colleges, currently on the wait list to introduce NCC.

In 2018, a performance audit, once in 2-3 years for schools and 3-4 years in colleges was introduced by the government. NCC is being withdrawn from non performing institutions and vacancies so freed are being allotted to institutes on the waitlist.

NCC is the largest uniformed youth organisation in the world with enrolled strength of 13.48 lakh cadets, out of which 33.72 per cent are girls. The Army Wing comprises 84 per cent of the strength, with the balance being with the Navy and Air wings.