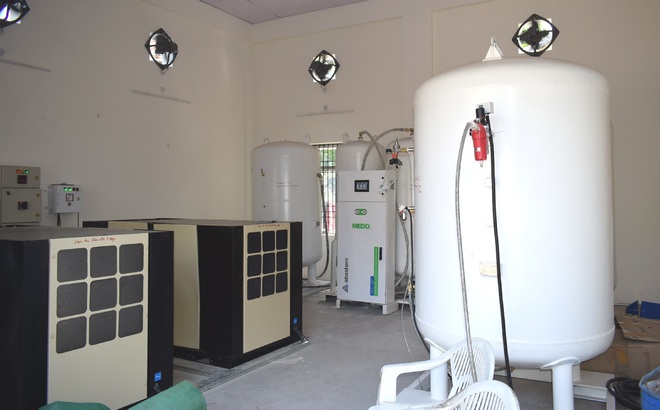 The state has got two more Pressure Swing Adsorption (PSA) oxygen plants, which were made functional at Dr Radhakrishnan Government Medical College, Hamirpur and Pt Jawaharlal Nehru Government Medical College, Chamba. Chief Minister Jai Ram Thakur virtually inaugurated these plants from here today. The plant at Chamba has a capacity of 400 PLM and Hamirpur plant has a capacity of 300 PLM.

The plants would ensure uninterrupted oxygen supply to the patients in these colleges. “The government has taken up the matter of increasing the oxygen quota for the state from the existing 15 MT to 30 MT with the Union Government to meet the demand,” he said.

The Central government has sanctioned 13 oxygen plants for the state. Out of the seven plants sanctioned earlier, six have been established at Dharamsala, Mandi, Shimla, Chamba, Nahan and Hamirpur and the one at Tanda would be completed shortly.

The Chief Minister said the state government had also taken up the matter of providing 5000 D-Type and 3000 B-Type oxygen cylinders to the state so as to meet the ever-increasing demand of oxygen.

Thakur said the PSA plant at Hamirpur would ensure uninterrupted oxygen supply to 30-bed fully dedicated Covid ward established in Dr RKGMC, Hamirpur. He said this ward had been set up in a record time of three months and was supported by 300 LPM PSA plant to provide uninterrupted oxygen supply to the patient care area. Oxygen facility has been provided to all the 30 Covid beds and twenty ventilators have been set up for the sick patients.

The Chief Minister said the plant at Chamba would go a long way in facilitating the people of the Chamba district as it takes two days to lift oxygen cylinders from Mandi.