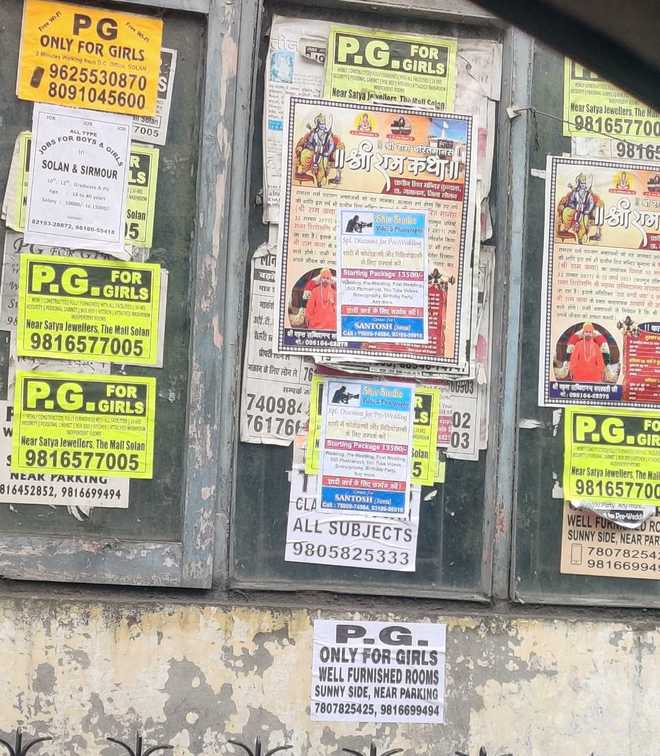 
Is a civic issue bothering you? Are you agitated over the lack of concern? Is there something heartening that you feel needs to be highlighted? Or a picture which in your opinion ought to be seen by many, and not just you?

The Tribune invites its readers to have their say. Please email at: [email protected]

Posters and banners put up by candidates for the Municipal Corporation polls in Solan have defaced the town. No wall is left blank, especially on the busy and much frequented roads like The Mall. Strict action should be initiated against those who are defacing the town. This is also true for other commercial offenders. — Sanjay, Solan

Work on bridge goes on at snail’s pace

The slow pace of reconstruction of a bridge on the Ravi river at Parel, connecting the Sidhpura area with the Chamba-Pathankot national highway, has raised concerns among people on both sides. It has been three years since the bridge collapsed, but the reconstruction is tardy. A large number of people from Sidhpura, Haripur, Bhadram, Sarol, Rajpura, Kiani, Rajnagar, Pukhri, Tadoli, Udaipur, Rinda Chihma and Saru use this bridge. In its absence, people have to travel about 5 km extra. — Kapil Bhushan, Chamba