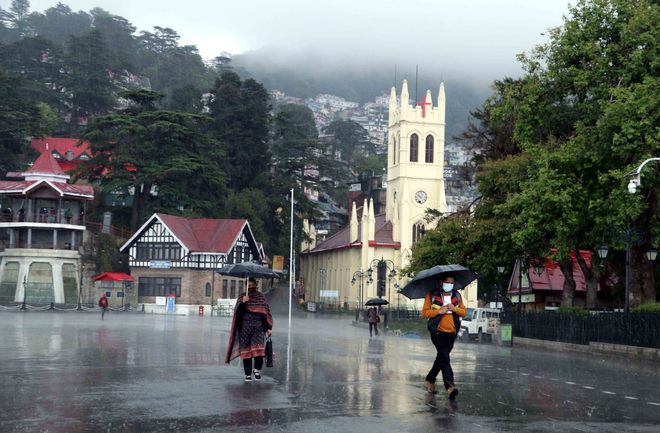 Rain, hails and thunderstorms in the past one month have left farmers worried, especially in areas where the harvesting of wheat and barley is on.

However, the rain has paved the way for early sowing of maize and are also considered conducive for potato, ginger, garlic and onion.

Reports of capsicum crop damage in Solan and Una have poured in, while a blight attack on tomato crop was reported in the Balh area of Mandi district, following which the teams of the Krishi Vikas Kendra visited the affected areas.

However, growers can now sow maize early in several districts, including Solan, Bilaspur, Hamirpur and Una, for kharif season. The target area to be covered under maize cultivation is 2,07,000 hectares. The weather is best for sowing of ginger and turmeric and good for potato, garlic and onion, say sources in agriculture department.

Earlier, scanty rain in Himachal caused losses worth Rs 133.5 crore to foodgrain and commercial crops during Rabi season as Himachal received 69 per cent deficit rains during winter season (January 1 to February 28, 2021) and deficit of 62 per cent in March 2021.

The deficit, which had increased to 60 per cent in the first week of April, narrowed down due to heavy rains, thunderstorm, hailstorm and snowfall during April, which further worsened the farmers’ plight.

Himachal received 35.5 mm rains against normal 29.8 mm of rains from May 1 to 12, an increase of 19 per cent, Director, Meteorological Department, Manmohan Singh said, adding that the rains would be above normal in the coming week.

Unseasonal snowfall and hailstorm caused heavy damage to standing Rabi crops ready for harvesting and even the crops which had been harvested. The wheat crop withered during January and February.

The local Met office issued a yellow alert of thunderstorm and lightning at isolated places in Kangra, Mandi, Shimla and Solan districts on May 14 and predicted a wet spell till May 16. Minimum temperatures decreased by 1 to 2 degrees and Keylong was coldest at night with a low of 3.5 degrees C. Maximum temperatures dropped by 7 to 8 degrees and Una was hottest in day with a high of 28.2 degrees C.