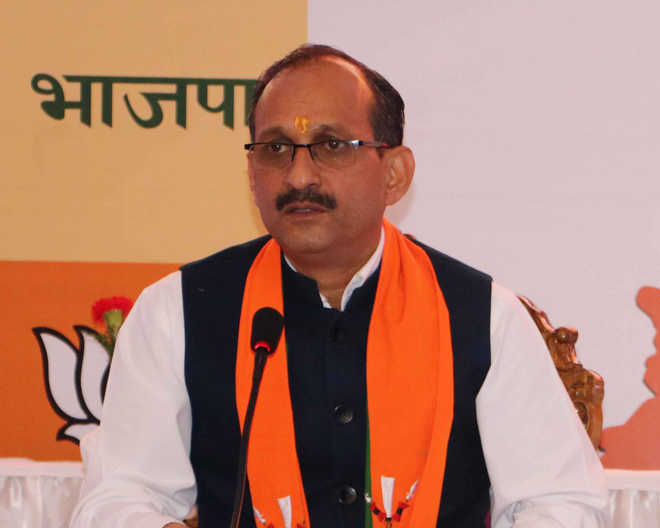 Satpal Satti, Chairman of the HP State Finance Commission, said that people would vote for the BJP in the Palampur Municipal Corporation (MC) elections for stability and development. People should strengthen the hands of Chief Minister Jai Ram Thakur and elect a BJP Mayor in the MC elections so that Palampur could witness a new era of development.

Satti, while addressing mediapersons here, said that the government headed by Jai Ram Thakur believed in the overall development of the state and Palampur, which remained neglected during the Congress regime, would get justice.

He said that though a Congress MLA represents Palampur at present, the Chief Minister upgraded the municipal council to a municipal corporation to honour the sentiments of the residents of Palampur, who had been fighting for the cause since 2005.

He said though the Congress had represented Palampur for three decades, it could not even get a block development office in the area. Today, the people of Palampur have to go to Bhawarna and Panchrukhi blocks for even petty works, he added.