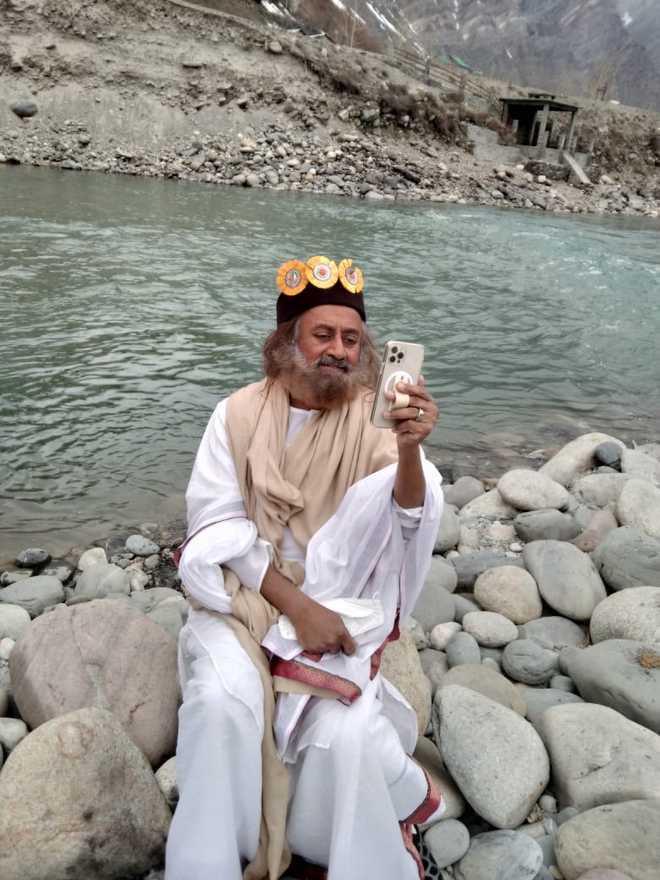 Spiritual leader Sri Sri Ravi Shankar today cut a cake made of ghee, known as Marpini, which was made to celebrate the district administration’s achievement of winning a silver medal under the Skoch Award in the ‘governance’ category for organising the snow festival at Sissu in Lahaul and Spiti district.

The spiritual leader visited the closing ceremony of the three-day food festival and congratulated the district administration for the feat. He was welcomed by Lahaul and Spiti DC Pankaj Rai in a traditional way.

The DC said the Skoch Award, instituted in 2003 by a Scotch organisation, was a highly coveted award of the country, which was given in various categories through a complex documentation process.

The DC said the snow festival was one of the longest running festivals in the country which would continue for 75 days. He said fading traditions had been revived through the festival.

Meanwhile, a two-day workshop on value-addition and quality development in handicrafts commenced in Keylong today. Zila Parishal chairman Ramesh Rualwa was the chief guest on the occasion. He said such workshops werre important for women empowerment and self-reliance.

Dedicated Helpdesk by CBIC for Handholding Trade, Industry and Individuals