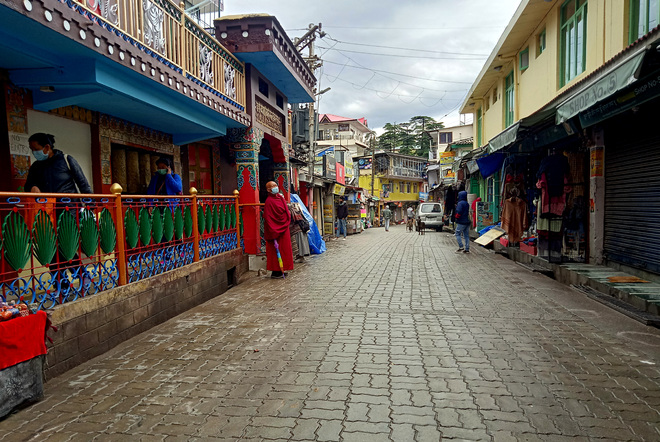 Kangra district will have the strict lockdown in the state for seven days starting tomorrow as per the order issued by District Magistrate Rakesh Prajapati today.

As per the order, from 6 am, people will be barred from leaving their houses except for medical emergency or vaccination. The order states: “No person will move around in any street, road or public place during curfew hours.”

The order has evoked reactions from many who have questioned the logic of even barring people from standing outside their houses in streets. They are alleging that the officials are going overboard in their orders.

The order also bars plying of private vehicles. Government and private offices will be closed but employees have been directed not to leave their stations.

Banks and post offices will remain open till 2 pm but people can use the services only during curfew relaxation hours from 8 am to 11 am. In Kangra, the construction activity has been allowed but hardware stores have been closed. The labourers can just move on foot for private construction work. For government constructions, executive engineers have authorised to issue permits to labourers.

There is relaxation for tea garden owners as they have been allowed to carry out tea plucking, observing social-distancing norms. However, the movement of labour remains an unaddressed issue. There is no mention if the Railways will continue its operations.

Prajapati said though farmers and horticulturists have been allowed to work in their fields, they will have to obtain passes from SDMs for movement from one place to another. These days farmers are carrying their harvested wheat to FCI procurement centres.