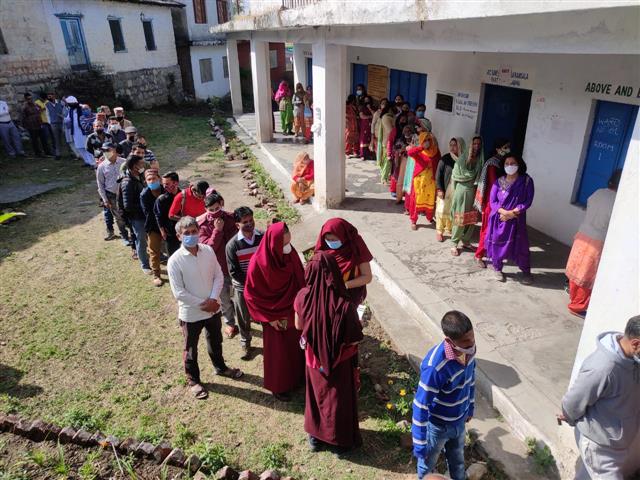 A voter turnout of 40 per cent was recorded in Dharamsala and 49 per cent in Palampur till 2 pm on Wednesday as polling was held for four municipal corporations in Himachal Pradesh with 279 candidates in the fray.

Polling in Dharamsala, Mandi, Solan and Palampur began at 8 am and continued till 4 pm.

Mandi, Solan and Palampur are the newly-created civic bodies and are going for polls for the first time, while the Dharamsala municipal corporation was created in 2015 when the elections were not held on party symbols. 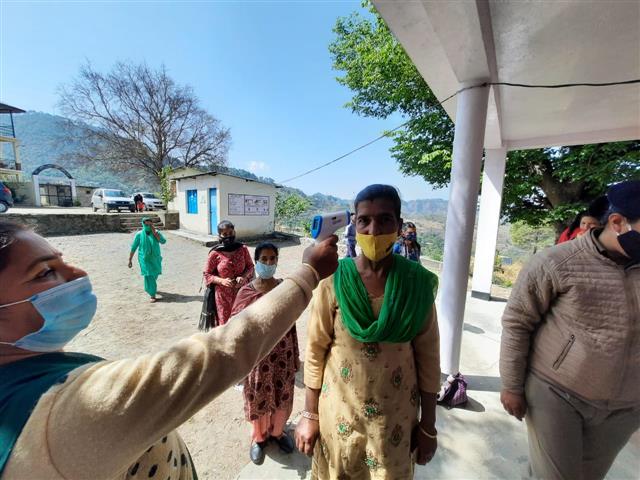 Dharamsala Municipal Corporation has 20 councillors and 17 of them are directly elected and three are nominated by the state government. The councilors were elected through direct election which was held in April 2016. 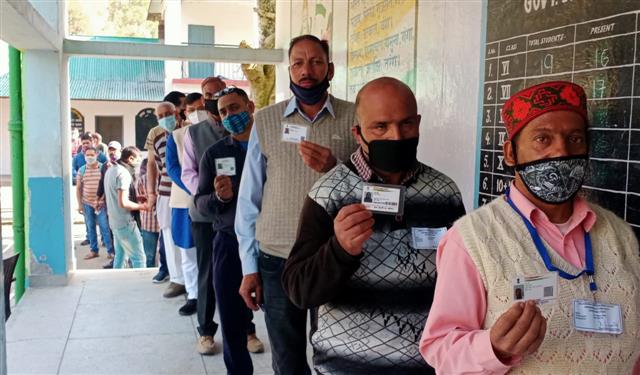 A total of 279 candidates are trying their luck in 64 wards of the four municipal bodies, but the direct contest is likely between the BJP and the Congress candidates. The Aam Aadmi Party has also fielded its candidates on 43 out of total 64 wards, whereas the CPI(M) has fielded only one candidate in a ward in Mandi. 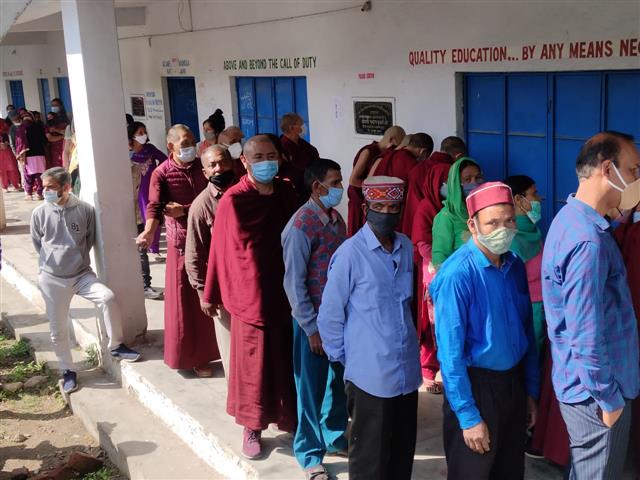 Elections are also being held simultaneously in six newly-created nagar panchayats — Chirgaon and Nerwa in Shimla district, Ani and Nirmand in Kullu district, Kandaghat in Solan and Amb in Una district.

The voting started at a slow pace but is gradually gaining momentum, an election official said.

In a tweet, Himachal Pradesh Chief Minister Jairam Thakur appealed to the people to vote in large numbers and participate in the festival of democracy.

No cattle, horse fair in Amritsar on Baisakhi

Army rescues eight civilians stuck in Ladakh due to snowfall