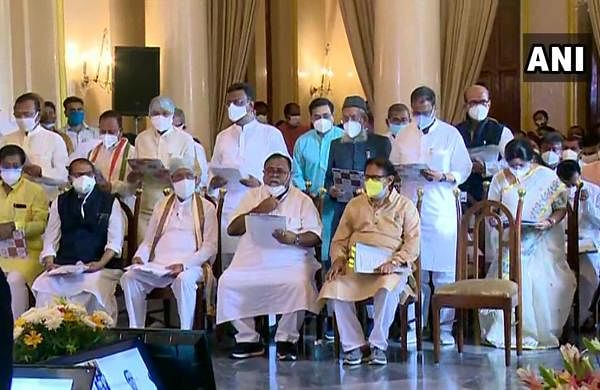 KOLKATA: As many as 43 Trinamool Congress (TMC) leaders were sworn in as ministers in Mamata Banerjee’s Cabinet on Monday here at Raj Bhavan.

The ministers were administered the oath by Governor Jagdeep Dhankhar.

However, elections for two seats in Murshidabad were postponed due to the demise of candidates due to COVID-19.