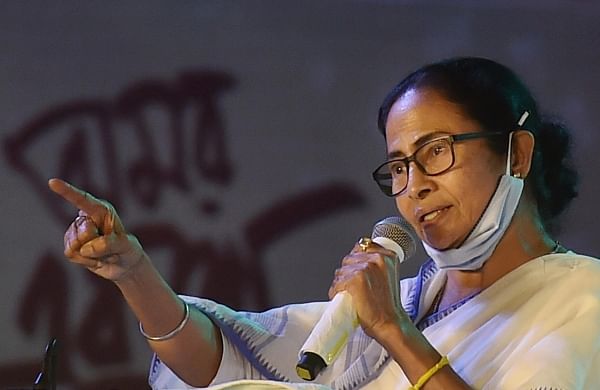 NANDIGRAM: To shed the outsider tag levelled by her protege-turned-opponent, Suvendu Adhikari, Chief Minister of West Bengal Mamata Banerjee has rented not one but two houses in Reyapara, Nandigram.

The Chief Minister on Sunday at a public rally asserted her plans to build a permanent residence on the banks of the Haldi river in the constituency so that she can visit more frequently.

Suvendu, in one of his first speeches made soon after filing nomination for BJP, had branded Mamata as an ‘outsider’ in Nandigram.

Those associated with the Trinamool Congress (TMC) stated that Adhikari’s attempts to brand Mamata as an outsider were futile as she was the daughter of Bengal.

TMC went on house hunting for its chief after she announced that she would contest from Nandigram and zeroed in on these two houses.

“This second house has an open and levelled ground making it easy for the wheelchair. Secondly, we have taken the ground floor and the family which has rented us the house lives on the first floor. Mamata due to the leg injury would prefer to stay on the ground floor,” stated a source.

The work to cover the front and side of the second house with sheets of cloth to block the view is currently in progress. Security has been increased at the house and in its vicinity.

Sudam Chandra Parui, owner of the second rented house and her wife Rani Parui, a retired high school teacher are excited to host the Chief Minister.

“We haven’t had a chance to meet her as she is yet to visit the house. This is taken on rent just 15 days ago. I am happy that she will be here,” said 72 years old Parui who lives with her husband, daughter and grandson. Ask her about rent and she refrained from giving any other detail.

Nandigram is seeing a fierce contest between Mamata Banerjee and her protege Suvendu Adhikari.

Mamata had earlier represented Bhabanipur in the Assembly and decided to shift to Nandigram Assembly constituency in the forthcoming polls.

Yaar Julahay — a tribute to writers

New worry? Doctors getting reinfected even after taking two shots of COVID-19 vaccine