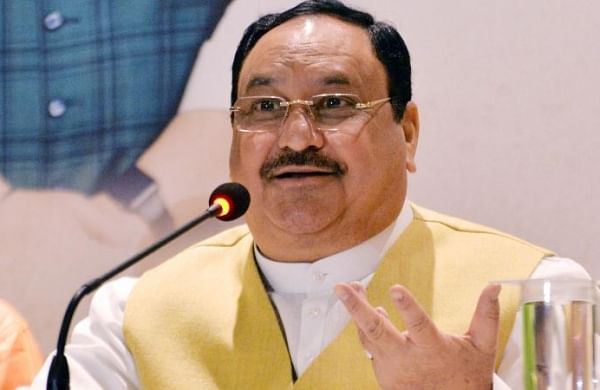 KAMRUP: The Congress party has become ‘mentally bankrupt’, said Bharatiya Janata Party (BJP) chief JP Nadda on Friday while hitting out at Opposition parties in Assam for ‘indulging in politics of opportunism’ ahead of the third phase of the state assembly elections.

“When I look at our rivals, I say they indulge in politics of opportunism and Congress has become mentally bankrupt. Polls are going on in Bengal, Kerala and Assam. In Kerala, Congress is contesting against the Communist Party of India (Marxist) (CPM) but is contesting along with them in Bengal and Assam,” Nadda said while addressing a rally at Boko in Assam’s Kamrup district.

He further called the Congress party ‘political tourists’, saying that they only came for ‘photo sessions’ during polls.

This comes ahead of the third phase of the Assam assembly polls set to take place on April 6.

The second phase that took place on Thursday saw a voter turnout of 74.76 per cent. Polling for the third and final phase will be held on April 6 and the counting of votes will take place on May 2.

Armband Ronaldo threw away sold at auction for $75,000

Armband Ronaldo threw away sold at auction for $75,000