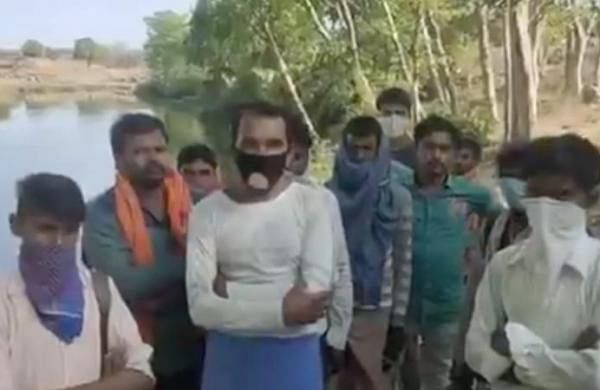 BHOPAL: A day after over 70 dead bodies had washed ashore on the banks of Ganga in Bihar and adjoining East Uttar Pradesh, there are now reports now of corpses found floating in a river in Madhya Pradesh.

The incident came to light when residents of Nandanpur village in Panna district alleged that four to five corpses were seen floating in the Runj river which is reportedly a drinking water source for the cattle.

“We are afraid that an epidemic might break out in our village due to these dead bodies which have been floating for the past five to six days. We also use this water for drinking once our hand pumps dry out due to low ground water level,” a local said.

District Collector of Panna, Sanjay Kumar Mishra, while confirming the presence of human corpses in the river, clarified that there are just two bodies there.

While one was that of 95-year-old, another was that of a cancer patient, both were residents of Nandanpur village, he added.

“The village sarpanch told us that both bodies were immersed and not cremated in the river as part of a long-standing tradition. Both bodies were retrieved on Tuesday and buried safely,” Mishra said.