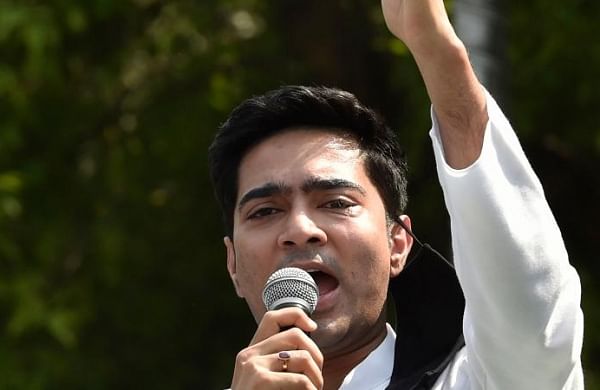 MADARIHAT: If infiltration is taking place in West Bengal from Bangladesh as alleged by the BJP, Union Home Minister Amit Shah and the BSFs director-general should resign as securing the countrys border is their duty and not of the Mamata Banerjee administration, Trinamool Congress leader Abhishek Banerjee said on Wednesday.

Abhishek Banerjee claimed that the Narendra Modi government failed to fulfil its promise of reopening closed tea gardens of north Bengal but at least five such gardens have resumed functioning following the intervention of the chief minister.

“Who is responsible for infiltration in West Bengal? Is it the BSF or the state police? I would say Home Minister Amit Shah and the DG of the BSF should step down as they are not successful in handling the issue. What is the use of pointing fingers at Mamata Banerjee?” he said.

ALSO READ | Had indeed called up BJP leader, have every right to do so: West Bengal CM Mamata Banerjee

BJP leaders including Prime Minister Narendra Modi has been attacking Chief Minister Mamata Banerjee for allegedly pursuing “appeasement and vote bank politics” which are responsible for infiltration in the state.

Speaking at a public rally at Madarihat in North Bengal’s Alipurduar district, Abhishek Banerjee said that the TMC government has increased the daily wage of tea garden workers from Rs 67 to Rs 202.

“If our party is voted to power, their daily wage will be doubled in the next five years. The government has also decided to build houses for the tea workers under the ‘Cha Sundari’ scheme,” the chief minister’s nephew said.

“Five to seven closed tea gardens have been reopened following the intervention of Chief Minister Mamata Banerjee. It was a promise made by the Narendra Modi government, but Mamata Banerjee fulfilled it,” the Diamond Harbour MP said.

​ALSO READ | ‘Mamata has to be defeated to bring about much-desired change in Bengal’: Amit Shah in Nandigram

Banerjee said that Modi, Shah and a host of BJP leaders are coming to West Bengal like daily passengers with the aspiration of removing Mamata Banerjee from power.

“Don’t fall into the trap of the BJP. They will not do any work for the state. They will come during the election time. And when the election will be over, you will not be able to see their faces again,” he said in the rally.

The first of the eight-phase assembly election in West Bengal was held on March 27 while the second one will be conducted on Thursday.

The state will witness the last phase of polling on April 29.

Votes will be counted on May 2.

Archer to begin two-weeks’ rehabilitation; unlikely to be ready for IPL

Saina Nehwal out in semis

One dose of Covid vaccine cuts household spread by up to 50%: UK study

Glimmer of hope in Mumbai, but four other Maharashtra cities seeing infection surge