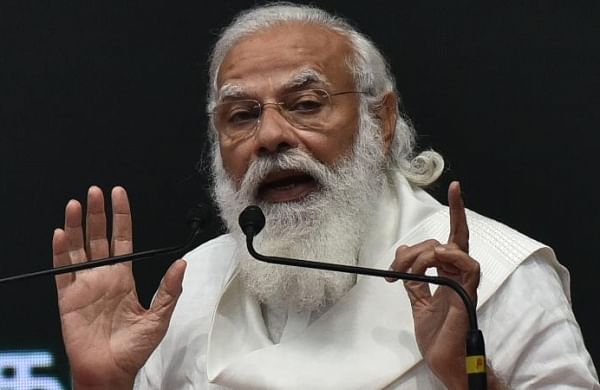 NEW DELHI: With “Brand Modi” in the line of fire over devastating trails of the second wave of the Covid-19 pandemic, BJP has seemingly resorted to the strategy to pass the buck to the states, much against Prime Minister Narendra Modi’s remarks in a video conference with CMs to work as a team and avoid politics.

The “pass the buck” strategy, feels a section of the BJP leaders, is contradictory in the face of devastations unleashed by the pandemic in the party-ruled states.

In line with the BJP’s perception management strategy, Union ministers have begun articulating with details of instances when the Centre had cautioned the state governments against the looming threats of the pandemic.

Others, including Anurag Thakur, Rajyavardhan Rathore, M J Akbar, Sambit Patra and social media influencers from the ranks of the BJP, have been on an overdrive to find faults with the states in Covid-19 management.

Some of them latched on to the statement of municipal commissioner of Mumbai Iqbal Singh Chahal to drum up “speedy response” of the Centre to “Oxygen SOS”.

But discomfort in the ranks of the BJP leaders continues to grow, with a section of them noting that the party has embarked on a “self-defeating strategy to blame the states” while citing the instances of Karnataka, Bihar, UP, MP, Gujarat and Haryana.

While the PM continues to hold video conferences to link up with stakeholders to find ways to deal with the ferocity of the second wave of the Covid-19 pandemic, his ministerial colleagues are seen missing in action.

“Last year during the first wave, the Union Minister for Home Affairs, Amit Shah led from the front in New Delhi, visiting several hospitals and boosting immediate helth infrastructure. Now, there’s hardly anyone seen in action barring the Minister for Railways Piyush Goyal, who coordinated the transport of oxygen on train. The judiciary appears to have taken the lead in responding to the emergency situations. Group of Ministers (GoMs) could have been tasked to deal with the specific demands and requirements of the states,” said another senior BJP functionary, who did not wish to be identified.

China’s population grows marginally to 1.412 billion, may begin to decline by 2022

China's population grows marginally to 1.412 billion, may begin to decline by 2022