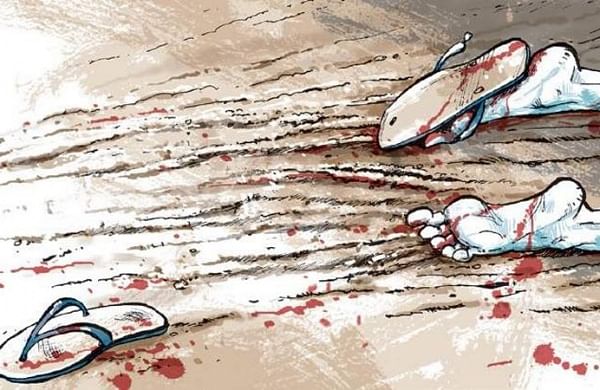 LUCKNOW: Holi revellers thrashed a BJP worker to death after he objected to the forcible smearing of colours to his wife.

The incident happened on Monday afternoon at Barai village under Chaubepur Police Station in Varanasi district.

Raju Rajbhar, 35, was attacked by 20 people when he objected to playing Holi with his wife. Four others were also injured in the attack.

As per the local sources, an altercation broke out between Raju and his rivals in the village when the gang caught hold of his wife to smear her with colours. Since many BJP workers had gathered at Raju’s house to celebrate the festival, the gang left only to return later with more men.

ALSO READ | No regard for COVID-19 norms? Shocking Holi revelry in parts of country amid rising cases

They came back along with 20 more persons and attacked Raju and other family members with sticks and iron rods. In the attack, Raju was killed and four members of his family sustained serious injuries.

The victim is survived by his wife and three children.

However, the local sources are suspecting that political rivalry as panchayat polls will be held soon. Raju was a sitting member of the Block Development Council and was a dedicated member of the BJP cadre in the area.

Heavy police force has been deployed at the village to maintain law and order after a large number of BJP workers gathered at Raju’s residence to demand action against the assailants.

“An FIR has been registered against 25 persons on the complaint of the family members. Four teams have been constituted to arrest them,” said SHO Chaubepur Rajesh Tripathi.

Anil Rajbhar, a Cabinet Minister in the Yogi Adityanath ministry, visited the village and spent three hours with the bereaved family. He assured them of action against the assailants. “The state government has taken the attack very seriously. Top police officials have been directed to arrest the assailants within 24 hours,” said the minister.