CAA an attack on Assam’s culture; will not allow it to be implemented: Rahul Gandhi 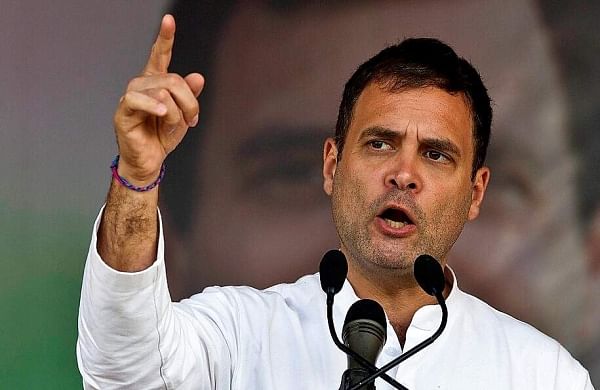 GUWAHATI: The Citizenship Amendment Act (CAA) is an attack on the language, history and culture of Assam and the Congress will not allow it to be implemented, party leader Rahul Gandhi said in a video message on Tuesday.

Gandhi posted the video message for the people of the Northeastern state as he was unable to attend his scheduled election-related programmes due to heavy rains.

The Congress-led Grand Alliance, if voted to power, will fulfil the five guarantees it has given to the people of the state, he said.

“The first guarantee is we will not allow CAA to be implemented. It is an attack on Assam, your language, history, your tradition and culture,” Gandhi said in his video message.

The objective of the CAA is to grant Indian citizenship to people of minority communities Hindu, Sikh, Jain, Buddhist, Parsi and Christian of Pakistan, Bangladesh and Afghanistan, who had come to India till December 31, 2014 due to religious persecution in these countries.

The state witnessed violent protests against the CAA in 2019 and five persons lost their lives.

The protestors saw the law as a threat to their cultural identity and livelihood.

The other four guarantees are five lakh government jobs in five years, increasing the daily minimum wage of tea garden workers to Rs 365, 200 units of free electricity per month for all, and Rs 2,000 per month for every homemaker, Gandhi said.

He alleged that the hill tribes people are under attack from the BJP as the saffron party seeks to scrap Article 244A of the Constitution.

Article 244A deals with formation of an autonomous state comprising certain tribal areas in Assam and creation of local legislature or council of ministers or both.

The Congress leader was scheduled to address a poll rally each at Haflong in Dima Hasao hill district and Bokajan in Karbi Anglong hill district, besides an interactive session with women at Silchar.

“Due to bad weather, I was unable to reach you today.

But my and the Grand Alliances message is clear – we will take Assam to the path of progress and prosperity with the five guarantees,” he said in the video message posted on his official Twitter handle.

Earlier in the day, Gandhi tweeted that the people of Assam have understood that there is no relation between ‘jumlas’ (rhetoric) and development, and asked the Centre to explain what it had done for the upliftment of labourers, including tea garden workers, in the state.

His remarks come two days before the second phase of the assembly elections in the state on April 1.

Himachal CM: Poll on party symbol due to Cong challenge

3 killed, several injured as roof of building collapses in Ludhiana

Oxygen cylinders for home use in Shimla in short supply