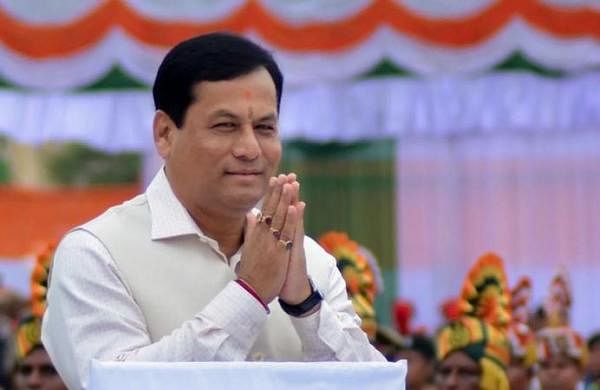 MAJULI: Ahead of Assembly elections in Assam, connectivity is the major concern among locals in Chief Minister Sarbananda Sonowal’s constituency Majuli.

Majuli island is accessible by ferries from the city of Jorhat. Locals complain that the absence of a bridge, connecting Jorhat to Majuli, continues to cause them inconvenience.

In 2016, the BJP had promised the construction of a bridge connecting Jorhat to the island. The foundation stone of the bridge was laid in February 2016 by Union minister of Road Transport and Highways, Nitin Gadkari before the assembly elections. But work on the project has not yet started.

Local said, “We know they promised five years back but a few months back ‘Bhoomi-Pujan’ was done but God knows when it will be completed.”

Majuli is one of the top tourist places in Assam. It has been the cultural capital of the Assamese civilization since the 16th century. it hosts all the important events, festivals and prayers. It is also a good learning centre for neo-Vaishnavite philosophy, there are 22 Vaishnava Satras in the city, the first of which was established in the 15th century by Sankaradeva, the father of Assamese culture. These attract a lot of tourists.

The festivals of Majuli are another crowd puller. The Raas Purnima, which takes place in the Hindu month Kartik showcases a dance performance based on Lord Krishna’s life and the Majuli festival during which special events are organized, sees several cultural troupes from all over Assam come to the town. The Paal Naam at the end of Autumn and the Bathow Puja where Lord Shiva is worshipped are some other exciting festivals.

But connective remains a big issue here. As if you want to come from Zorhat it takes 45 minutes to reach by ferry but the availability of ferries and timing is limited so people face problem reaching here.

A passenger Abhishek Verma, who was crossing the river with his car said, “Whenever we come to Jorhat, we ferry our cars on the boat and if we stuck for some work in Jorhat it becomes more problematic as after 4 pm, no government ferry operates and for booking a whole ferry it takes around 5500 rupees for carrying a car to Majuli which is by the river is the drive for just 45 minutes.”

Another passenger Seemant Sarma said, “Bridge is required, ‘Bhoomi-Pujan’ has bene done but let see when the work on the project starts. It is very costly as you need to take cars in Majuli and the ferry service charge is here high. Another fellow passenger Harsihankar said we face a lot of problems, you have to the reserve ferry as after 4 pm it is very expensive.”

Just before the election announcement in the state, the ‘Bhoomi-Pujan was performed for the 6.8 km bridge in February this year, which will be constructed at a cost of Rs. 925 crores and work on the project is expected to be completed by March 2025.

On the question that it took the BJP government at the Centre five years to move from foundation stone laying to ground-breaking ceremony of one bridge. No work on the bridge has started yet. BJP state president Ranjit Dass said that it is a procedure issue and now tendering and other paperwork are in process and it is expected to be completed soon.

ANI while visiting the CM constituency which is an island without a bridge, spoke to a few people travelling on the ship – People are not happy that it is the CM’S constituency and BJP promised to make the bridge but still, It is not done, they have just performed ‘ we as common people face problems though this issue has been neglected for a long time of five years. BJP promised that if voted to power this connectivity will be a priority for the government.

Another Girl Gizyasu Sarma said, ‘It’s very tough to come to the city and go back home, Bridge is the most important thing we need as without connectivity there can’t be any progress.”

Majuli is a beautiful river island in the Brahmaputra river and the first island to be made a district in India in 2016 when its MLA Sarvanand Sonewal become the chief minister of Assam.

The beautiful island earlier had an area of 880 square kilometers at the beginning of the 20th century, but having lost significantly to erosion it covers 352 square kilometers as of 2014. Majuli has shrunk as the river surrounding it has grown.

However, transport connectivity with the nearby city Jorhat is a very old and important issue for the Chief Minister Sarbananda’s constituency.

Assembly elections in Assam for 126 seats will be held in three phases starting from March 27 and the counting of votes will take place on May 2.

PM pays tribute to Gopal Krishna Gokhale on his Jayanti