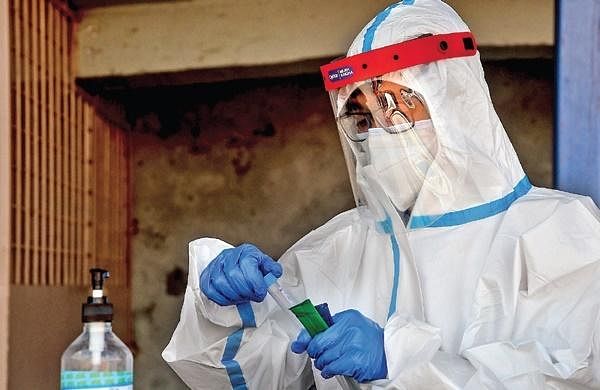 JAIPUR: The Rajasthan government on Wednesday decided to increase the night curfew timings by one hour in eight worst-affected districts in view of the rising number of COVID-19 cases in the state.

Also, markets in urban areas across the state will close by 9 pm instead of 10 pm, according to an official release.

The decisions were taken in a COVID-19 review meeting chaired by Chief Minister Ashok Gehlot.

The night curfew was imposed last week in eight cities/towns — Ajmer, Bhilwara, Jaipur, Jodhpur, Kota, Udaipur, Sagwada (Dungarpur) and Kushalgarh (Banswara) — from 11 pm to 5 pm but now the curfew will start from 10 pm.

However, IT companies, restaurants, chemist shops, offices related to emergency services, wedding ceremonies, transportation, travellers will be exempted from the night curfew.

Apart from these eight cities, the night curfew will be imposed in Chittorgarh and Abu Road (Sirohi) also, according to the release.

The chief minister directed officials to ensure compliance of the decisions.

For this, teams of district administration, police and local bodies will visit markets to conduct checking.

An intense checking will continue till April 14.

Gehlot said that district collectors may take decisions about closing educational institutions in districts, where the cases are rising, after consultation with the government.

In the meeting, he directed the officials to make district-level action plans to contain the spread of the infection in the state.

He also instructed them for strict adherence to ‘No Mask, No Entry’.

“Saving people’s lives is our top priority. In view of the increasing infection, we will not compromise at any cost and necessary decisions will be taken,” he tweeted after the meeting.

Gehlot informed that instructions were issued to the officials to formulate action plans in districts and regularly monitor the situation as well as regularly review mortality and growth rates.

The number of active cases in the state at present is 8,155.

Businesses owned by women entrepreneurs likely to grow up to 90% in next 5 yrs in India: Study