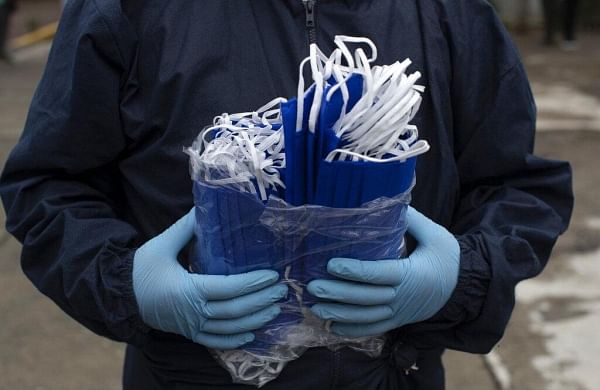 JAIPUR: With the coronavirus infection spreading rapidly in rural areas of Rajasthan, the state government has decided to conduct rapid antigen tests to detect COVID-19 cases at an early stage.

Health Minister Raghu Sharma said on Wednesday that the rapid antigen test will be conducted in community health centres and other hospitals to check the spread of the virus in rural areas.

COVID-19 is spreading rapidly in rural areas and is a cause of concern for the state government, he said, adding the decision to conduct rapid antigen tests was taken after taking into account the situation in rural areas.

“The report of the antigen test is received within half an hour. Those who are found positive will be isolated and treatment will be started while RTPCR test will be conducted for those who are negative in antigen test but have symptoms,” Sharma said.

“This mechanism will help the government in early detection of virus spread in rural areas,” he said.

The minister also said that the Rajasthan government has repeatedly requested the central government to allocate more oxygen to the state and from points which are near to the state.

“The Centre has allotted us oxygen from places which are far from the state. This takes longer time in transportation. Therefore, we have requested the Centre to allocate oxygen from nearby places,” he said, adding there is a shortage of 300 MT oxygen.

He said the state government has also directed private hospitals in the state with 60 or more beds to set up oxygen generation plant and centralised oxygen pipeline for 24×7 oxygen supply on 50 percent beds.

Apart from it, the state government has also started work on developing a genome sequencing facility at the SMS Medical College in Jaipur.

He said that the state government had forwarded samples for genome sequencing and the UK strain of COVID-19 has been found in the samples.

“We had sent samples for genome sequencing. In the samples, UK strain was found,” Sharma said.

Jaipur reported a maximum of 58 fatalities, followed by Jodhpur 18, it said.

A total of 5,90,390 people have recovered from the infection so far and there are 2,09,110 active cases in the state currently.