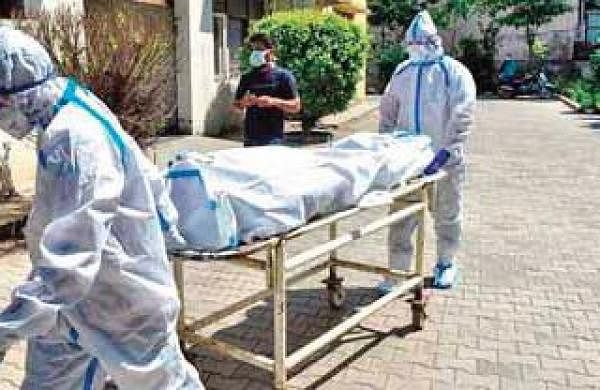 MUMBAI: Amid the debate over underreporting of COVID fatalities, economists at SBI on Wednesday said that shortfall in reporting deaths is not a new phenomenon in India.

One of the prime reasons for the underreporting is because many of the demises happen without any medical attention and hence, ramping up the health infrastructure is the key to manage the jigsaw, they said.

The SBI report comes amidst a debate over underreporting of COVID deaths in the country especially after happenings like bodies floating in the Ganga river or just thrown from bridges, with some estimates suggesting the actual fatalities can be as high as 10 times the reported number.

Over 81 percent of the births were ‘institutional’ in 2019 as against 56 percent in 2009, while 34.5 percent of the deaths did not receive any medical attention which leads to the probability of getting them registered is very less.

“It also goes on to show that it is quite possible that no diagnosis was undertaken and disease and death underreporting is not a new phenomenon in India. This is important in the context of the recent debate on measuring the Covid deaths in India through the civil registration system,” it said.

“Only better medical attention can lead to even better disease profiling and saving of lives in India. Ramping up public health infrastructure and increasing number of public health care professionals is the key to such jigsaw,” they recommended.

“It seems obvious” that the impact of the COVID-19 devastation ‘must be worse’ in lower-income countries like India, the note said.

Dwelling on the issue of birth and death registrations, the note said that the government had made it mandatory to register both through an Act in 1969.

It said Bihar, Uttar Pradesh and Jharkhand had a death registration rate of below 75 percent as per 2019 data from Civil Registration System.

Meanwhile, the note also warned of potential imbalances in the demographics, pointing out that in 2019, one-third of the total births were registered in only UP and Bihar while a third of the deaths were in UP, Maharashtra and Tamil Nadu.

“The uneven trend in birth and death in some of the states does not augur well for their demographic profile in the coming years,” it said.

EXPLAINER: Why are Palestinians protesting against Abbas?