Direct supply of Covaxin to 18 states since May 1, says Bharat Biotech amid growing vaccine shortage 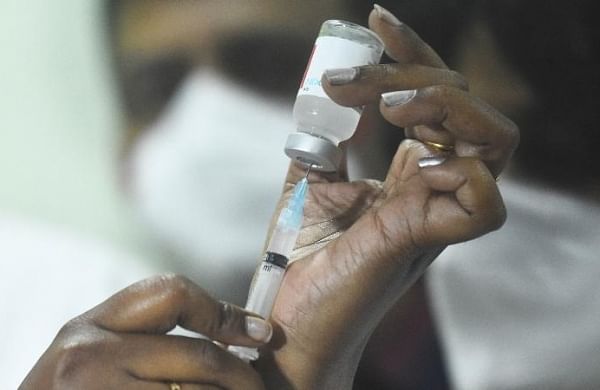 NEW DELHI: Bharat Biotech on Tuesday said it will continue the steady supply of its COVID-19 vaccine Covaxin, adding the jab has been directly supplied to 18 states since May 1.

“COVAXIN has been directly supplied to 18 states since May 1st. Unflinching in our efforts, we will continue the steady supply of our #vaccine,” Bharat Biotech said in a tweet.

Bharat Biotech has commenced direct supply of Covaxin with effect from May 1 to several states based on the allocations received by the central government, the company’s Joint Managing Director Suchitra Ella had earlier said.

On April 29, Bharat Biotech had announced a cut in the price of Covaxin for states to Rs 400 per dose from the earlier Rs 600.

This followed widespread criticism of its pricing policy as it sold Covaxin to the central government at Rs 150 per dose.

India has expanded its COVID-19 vaccination drive by allowing its large 18-plus population to get inoculated from May 1.

The announcement came on a day when the governments of Delhi, Karnataka, Andhra Pradesh and Telangana on Tuesday joined several other states which have decided to issue global tenders for procurement of COVID vaccines as the domestic supply fails to keep up with the rising demand amid the fierce second wave of the pandemic.

The Centre said it has so far provided more than 18 crore vaccine doses to states and UTs free of cost, but many of them have complained of an acute shortage of the jabs and are now prioritising people who need to be given their second dose within a prescribed period.

“Till now, we had depended only on vaccines supplied by the central government and it was not procured from the open market by floating tender. Now, it has been instructed to float the tender and to complete the process within seven days,” Narayan said.

Delhi government too said it will float a global tender for procuring coronavirus vaccines.

Officials said the Andhra Pradesh government will float a global tender in a day or two for the procurement of COVID-19 vaccines from foreign manufacturers to complete the vaccination process as quickly as possible.

“We are exploring the option of buying the vaccine from any foreign manufacturer since there is a short supply of Covishield and Covaxin,” the state’s Principal Secretary (Health) Anil Kumar Singhal said.

State officials on Tuesday said that UP may directly procure a large amount of international COVID-19 vaccines such as Sputnik V and those developed by Moderna and Johnson & Johnson.

The Odisha government on Monday said it had decided to float a global tender for procuring the vaccine to inoculate the state’s entire population.

“It is felt that complete vaccination is the best way to protect precious lives of the people. Therefore, the Cabinet allowed the state government to go for global tender and get vaccines at the earliest,” Chief Secretary S C Mohapatra said.

Every month, 50 percent of the total Central Drugs Laboratory (CDL) cleared vaccine doses of any manufacturer are procured by the Centre, while the remaining 50 per cent are for states and private establishments.

“It may take several months to get all vaccinated at this pace. Please explore the possibility of involving all such production firms and enable them with the technology, intellectual property rights to deliver the vaccine as quickly and as affordable as possible,” Reddy said, “Anyone who can manufacture or is interested in manufacturing the vaccine should be encouraged to do so in the larger public interest. Entire manufacturing capacity should be mobilised and put to use in this testing times,” he added.

In his letter, Kejriwal said the Centre should share the vaccine formula of the two manufacturers Covishield and Covaxin with other capable pharmaceutical companies to scale up production in the country.

The Union Health Ministry said states and UTs will receive 7,29,610 additional vaccine doses in addition within the next three days.

“More than 90 lakh COVID Vaccine doses (90,31,691) are still available with the states and UTs to be administered,” it said.

AAP leader Atishi had said the Delhi government will have to close vaccination centres where Covaxin is being administered to beneficiaries in the 18-44 age group after Tuesday evening if its stocks are not replenished.

Citing shortage of vaccine, the Maharashtra government on Tuesday decided to divert three lakh vials of Covaxin meant for the 18-44 age group for the use of the people aged 45 years and above who are due to get their second dose.

Speaking to reporters, state Health Minister Rajesh Tope also said more than five lakh people above 45 years are awaiting the second dose for the want of the vaccine.

“Efficacy of the vaccine is largely affected if the the second dose is not administered in a stipulated time. To avoid such health crisis, the state government has decided to divert three lakh vials (of Covaxin) purchased for the 18-44 age category for the people above 45 years,” Tope said.

He said only 35,000 vials of Covaxin are currently available with the state government for administering the second dose to the people above 45 years.

Jharkhand has already put on hold the vaccination programme for the 18-44 age group, stating that it will announce the dates for starting the drive once vaccines are made available.

According to the Liberalised Pricing and Accelerated National COVID-19 Vaccination Strategy, COVID-19 vaccination is free at government vaccination centres that receive doses from the Centre for eligible population groups comprising healthcare workers, frontline workers and people above the 45 years of age.

However, states and private hospitals have to procure vaccines to immunise persons in the age group of 18 to 44 years.