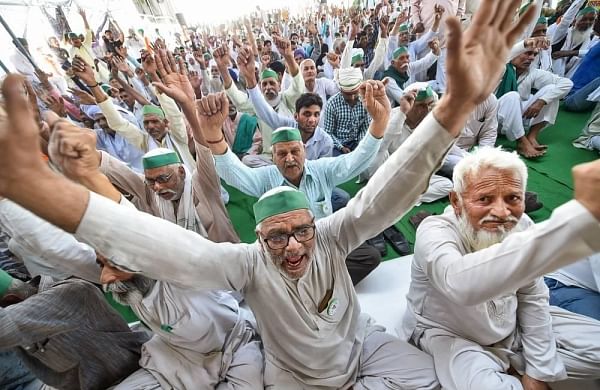 NEW DELHI: The Samyukta Kisan Morcha (SKM), an umbrella body of over 40 farmer unions, on Tuesday said that farmers were returning to Singhu and Tikri border protest sites after finishing harvesting their crops.

In a statement, the SKM said that large convoys of farmers arrived at the two border points on Monday and this will now continue.

“Yesterday, large convoys of farmers arrived on the Singhu border and Tikri border. Farmers were welcomed at many places on their way to these sites from Punjab. These farmers, who have travelled in tractors, cars and other vehicles, have made arrangements to live in tents and trolleys as they were living before harvesting,” it said.

“The farmers’ strike is getting stronger and the protest sites are also becoming larger. Farmers’ tents, trolleys and other vehicles have been permanently there for the last five months in long queues. The pattern of farmers coming back after the harvesting season will now continue,” it added.

The farmers’ outfit said that the government was “promoting privatisation” even at a time when “thousands of people have lost their lives due to the mismanagement of the public health system”.

“The government should increase investment in education, health and agriculture sectors. Along with taking guarantee of the purchase and remunerative price for the crops of the farmers, the government should make a law on MSP and repeal the three anti-farmer laws immediately,” it said.

Gangster Chhota Rajan returns to Tihar after recovering from COVID-19

200 MBBS students to provide teleconsultation to quarantined in Haryana