Gujarat makes COVID-19 negative report must for travellers from Maharashtra 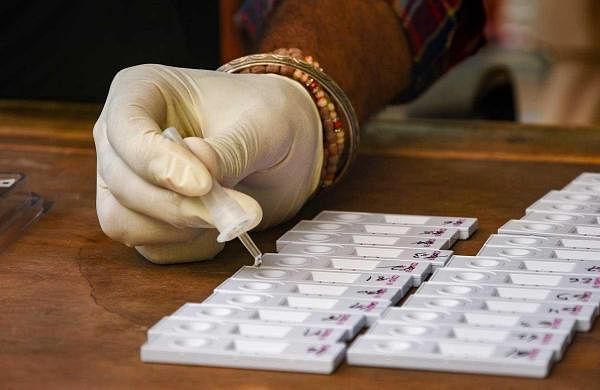 AHMEDABAD: The Gujarat government has made it mandatory to people coming from neighbouring Maharashtra to carry a negative RT-PCR test report not older than 72 hours.

This decision has been taken in view of a sharp rise in COVID-19 cases in Maharashtra, it said.

In an order issued on Tuesday, the state health department observed that contact tracing of COVID-19 cases found in Gujarat over the last one week revealed that a large number of the infected people had returned from Maharashtra.

People entering Gujarat from Maharashtra will also have to undergo a mandatory screening, it said.

“Only those will be eligible to enter Gujarat from Maharashtra who have got their RT-PCR test done within 72 hours of their visit and their test result is negative,” said the order issued by Deputy Secretary, Health department, Vanrajsinh Padhiyar.

As per the Maharashtra health department, the cumulative caseload in the state stood at 25,33,026 on March 23 when the state added 28,699 new infections in a day.

“Contact tracing of coronavirus positive cases found in Gujarat over the last one week revealed that a large number of cases are of the people who have returned from Maharashtra and those who got in contact with such people,” the health department said.

Surat Municipal Corporation had earlier made it mandatory for people coming to that city from other states to remain in home isolation for seven days.

Gujarat on Tuesday reported its highest single-day rise of 1,730 fresh cases, taking the overall count to 2,90,679.