‘No lockdown’: Assam all set to celebrate Bihu with Covid curbs 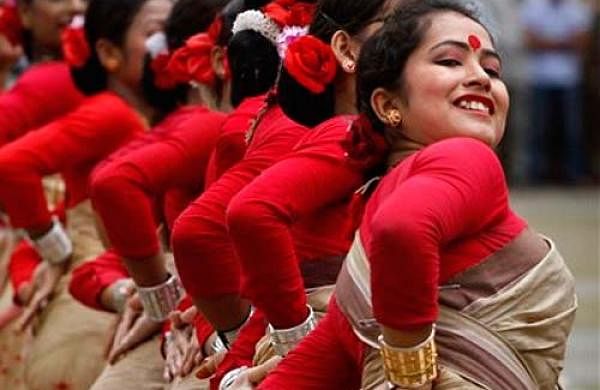 “There is no possibility of a lockdown. Bihu will be celebrated with fanfare,” he told journalists on Thursday.

The month-long Rongali Bihu is celebrated from mid-April where cultural events take the centrestage. It could not be celebrated last year due to the pandemic.

Sarma said the government would conduct more tests to ensure Bihu could be celebrated. He said the local artistes, who entirely rely on Bihu programmes, had suffered huge financial losses last year.

“The government will issue an SOP (standard operating procedure) for Bihu celebration. The Bihu functions (they go on till the wee hours) could be restricted after 12 midnight,” the Minister said.

The Rongali Bihu, which marks the onset of the Assamese New Year, is among three Bihus with the others being Magh Bihu, also called Bhogali Bihu, and Kati Bihu. Bihu is a time of feasting and merry-making.

Assam had recorded 195 COVID cases on Wednesday – 104 of them from the Kamrup (Metro) district of which Guwahati is the headquarters. The number of cases recorded on Tuesday was 92. Sarma said the state government was focused on ramping up the tests.

“We will follow the strategy of three “Ts” – test, track, and trace. As of now, although there is no need to panic, people should remain alert. They should get themselves tested if they have the symptoms,” the Minister said.

Stating that 18,000 tests were conducted on Wednesday, he said the government had plans to conduct one lakh tests per day.

Meanwhile, the state government has made it mandatory for passengers, travelling by flight from Mumbai and Karnataka, to undergo the test in Assam even if they got themselves tested elsewhere.

Journalist booked for ‘cyber-terrorism’ in Haryana over social media post