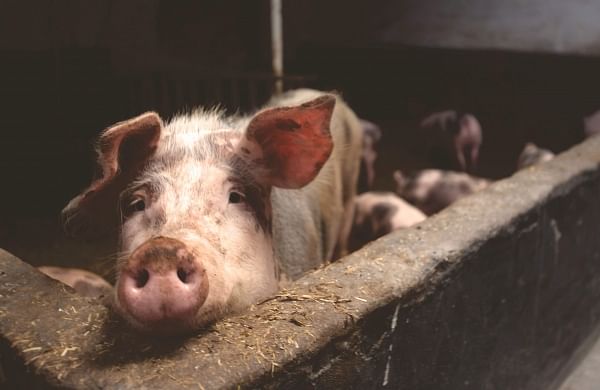 GUWAHATI: Over 100 domestic pigs died in a Mizoram village and preliminary tests indicated African swine fever (ASF) as the cause of the deaths.

Official sources said preventive measures were being taken to contain the spread of the disease.

“There is an outbreak of the disease in Lungsen in Lunglei district. Over 100 pigs died till yesterday (Wednesday),” Mizoram’s Director of Animal Husbandry and Veterinary, H Laltlanmawia said on Thursday.

He said as a part of the preventive measures, the import and export of pigs to and fro the village had been restricted.

“As of now, the outbreak is only in one village. Our further investigations are going on,” Laltlanmawia added.

Lunglei shares a border with Myanmar but the village in question is not on the border.

The disease was detected following sample-testing at the College of Veterinary Science and Animal Husbandry in Selesih in the state.

Animal Husbandry and Veterinary Department Joint Director Dr Lalhmingthanga said ASF was suspected to be the cause of the pig deaths. The department has sent samples to the National Institute of High-Security Animal Disease in Bhopal for a confirmatory test.

Thousands of domestic pigs had died of the disease in Assam last year. Dozens of others had died in neighbouring Meghalaya. The ASF is a highly contagious and deadly viral disease. It is not a threat to human health and cannot be transmitted from pigs to humans.

700 suspects held in China for 600 cases of pornography, illegal publications