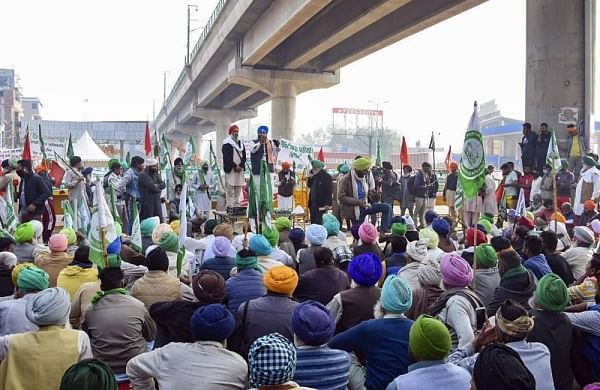 NEW DELHI: The Samyukta Kisan Morcha on Monday said it will probe the allegations that some of its leaders were aware of the reported sexual assault of a woman activist at Tikri border protest site, who later died due to COVID-19 at a private hospital in Haryana.

“We have seen reports on television that some farmer leaders at Tikri border were aware about the assault and they did not take any action. We cannot confirm these reports at present, but we assure you that we will probe these allegations and take strict action,” farmer leader Yogendra Yadav said at a virtual press conference.

The Samyukta Kisan Morcha (SKM) had on Sunday said that it had zero tolerance towards violence against women amidst reports that the woman activist from West Bengal was sexually assaulted on her way to join the farmers protest and later at Tikri border by some persons posing to be “Kisan Social Army” members.

“She was assaulted by some of these persons on the way to Delhi and after reaching Tikri border. A week later, she developed high fever and was found COVID-19 positive. She was admitted to a private hospital in Bahadurgah. Sadly, on April 30, she passed away due to COVID-19,” it had said.

Laying down the timeline of events, Yadav said the farmers outfit came to know about the alleged assault only after the victim’s father, who was also present in the press conference, came to meet them on May 2.

“The father reached Delhi on April 29 and met the woman, who was in a critical condition. She told him the details of the assault before passing away on April 30,” he said.

Yadav added that on May 3, SKM held a meeting with its Tikri border members and it was decided that the accused would be brought to justice.

However, the decision to file an FIR was left with the victim’s father.

“The father filed the FIR on May 8 accusing two men. The Haryana police, however, have listed six names in the FIR, including two who were present as witnesses. We want the police to conduct an impartial investigation, but how will they build a case if they will name the witnesses as accused?” the farmer leader asked.

The SKM has maintained that the Kisan Social Army was never the authorised social media voice of the farmers group and none of its handles have anything to do with the movement.

Responding to a report that farmer leader Gurnam Singh Charuni is related to one of the accused, Yadav said the farmers body cannot confirm it yet.

“We cannot confirm whether the accused is related to Gurnam Singh. But once we know the reality, it will not be taken lightly,” he added.

Farmer leader Hannan Mollah said that taking note of safety concerns for women protestors, the SKM has decided to form a committee.

“This incident has raised safety concerns for hundreds of our women protestors. So we have decided to form a committee as per the laws to protect the dignity of women, wherein any women can register such complaints. And the committee will have full support of the SKM and we will make sure the accused will be dealt with,” Mollah said.

The Haryana Police had on Sunday formed a special investigation team to probe the case.

Several farmers are protesting against the farm laws at border points of Delhi, including Tikri and Singhu, since November last year.

Suvinder Vicky breezes past another 'Milestone'

UAE to bar airline passengers arriving from Bangladesh, Pakistan, two other countries from May 12

Cap at social gatherings in Himachal raised to 200 indoors, schools to remain closed