ThinkEdu Conclave 2021: A bit of rebelliousness is good, Swami was one 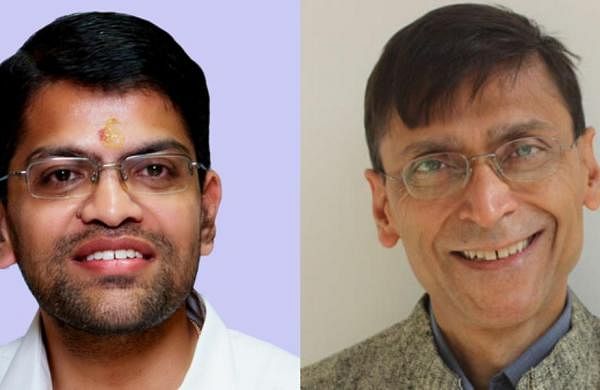 Referring to students of a certain elite Indian institution who have written in favour of freedom of expression, Makarand R Paranjape, Director, Indian Institute of Advanced Study, Shimla, said, “As if all that is important is to preserve some artificial notion of freedom of expression to the extent that you have turned the entire institution into a platform to attack a particular ideology, party or leader. Swami Vivekananda is saying that this is not the purpose of education, it is to know yourself deeply.”

Vaidhyasubramaniam proceeded to highlight his views on the purpose of education, which he said was to, “create enlightened individuals who can understand India and present India to the world as India gains the leadership position”.

Having set that as the backdrop, he asked Paranjape what was his idea of Indian education. “The foundation of Indian pedagogy was a deep inquiry into the self. This ought to result in a transformation, not just in the narrow sense but that of personality and character,” he said and added, “I have taught at JNU for 20 years. We see the kind of youth we are producing today, some people even called them the ‘Tukde-Tukde Gang’. A bit of rebelliousness is good because even Swamiji was a rebel. But somehow, the idea is that young people should be rebellious in a certain manner, which is irreverent and produces a certain kind of individual.”

When Chawla asked Paranjape how we can dismantle the Indian education that has been enslaved by the West, the latter pointed out how Swamiji embraced the fact that the West, in terms of science and technology, was progressive.

Courtrooms to shrink in future thanks to technology, says CJI Bobde

Action, sans thrill is how Michael B. Jordan-starrer Without Remorse can be described

Finance Minister Smt. Nirmala Sitharaman assures ramp up in supply of Oxygen & Remdesivir to States; reiterates the importance of micro – containment policies over lockdown in virtual interaction with Industry Captains