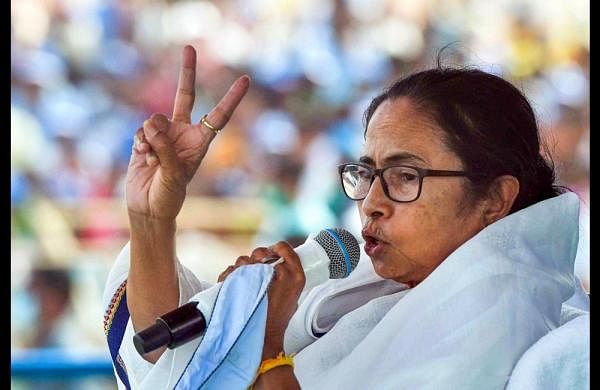 NANDIGRAM: West Bengal Chief Minister Mamata Banerjee and All India Trinamool Congress (TMC) leader on Tuesday said that she chose to contest from the Nandigram Assembly constituency over Singur to salute the Nandigram movement.

“I could have contested from any other constituency but I have chosen Nandigram to pay my respect to the mothers & sisters of this place. To salute the Nandigram movement, I chose Nandigram over Singur,” she said.

“Remember, if I have entered Nandigram once, I will not leave. Nandigram is my place, I will stay here,” she further said.

Earlier in the day, she led a road rally in Bhagabeda of Nandigram.

“Bury Bharatiya Janata Party politically and bowl them out from Nandigram and West Bengal,” she said in Sona Chura, Nandigram.

She also reminded the voters and TMC cadre to maintain their calm during voting in the State Assembly polls.

Polling in the Nandigram constituency will take place in the second phase of the Assembly elections on April 1.

Meanwhile, the first phase of the West Bengal Assembly elections concluded with an estimated 79.79 per cent voter turnout on Saturday, which covered 30 seats from Purulia, Jhargram, Bankura, Purba and Paschim Medinipur.

The significance of Nandigram in West Bengal polls

The significance of Nandigram in West Bengal polls

Aditi finishes tied-39 after 2-over at LA Open