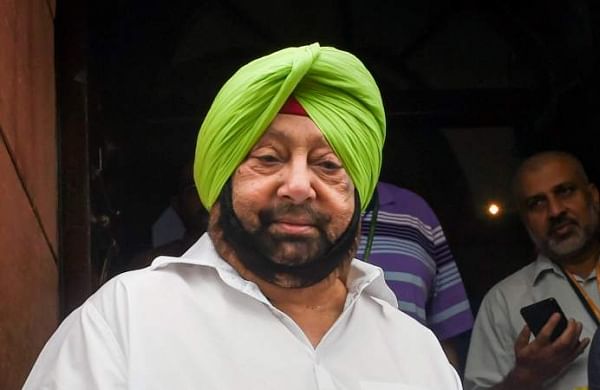 CHANDIGARH: Three Punjab ministers and two Congress MPs on Monday met here and expressed concern over the alleged delay in justice in the 2015 sacrilege incidents and subsequent police firing in Faridkot.

These Congress leaders are learnt to have sought early action against the perpetrators of the desecration of a religious text and the police firing in 2015, sources said.

A few days ago too, some Congress leaders, including Randhawa, Channi and Navjot Singh Sidhu, had come together and had held a meeting.

With assembly elections just less than a year away, some Congress legislators want Punjab Chief Minister Amarinder Singh to fulfil the promise made in the last polls of taking action against those involved in 2015 sacrilege incidents and police firing in Faridkot.

They also want the chief minister to take concrete action against the alleged drug trade in the state.

A minister who was part of the meeting held on Monday said they were concerned over the alleged “declining graph” of the Congress in the state in the wake of alleged “inaction” in the 2015 sacrilege incidents.

The minister said they were also concerned over growing perception in the public that the government was “hand in glove” with the Badals of the opposition Shiromani Akali Dal.

It is a question of the party’s survival in the state, the minister stressed.

The Congress leaders are learnt to have stressed that they were disciplined soldiers of the Congress and would continue to take up these issues within the party, the sources said.

There is a “discontent” among a section of Congress legislators over the alleged delay in delivery of justice in the 2015 incidents.

The Congress had in the run-up to the 2017 assembly polls, promised to take strict action against the perpetrators of the desecration of a religious text and the police firing in 2015.

Navjot Sidhu has been critical of Amarinder Singh after the Punjab and Haryana High Court quashed a probe report into the 2015 Kotkapura firing case last month.

Acting on the directions of the Punjab and Haryana High court, the Punjab government has constituted a new three-member special investigation team (SIT) and directed it to complete the investigations into the Kotkapura firing incident, preferably in six months.