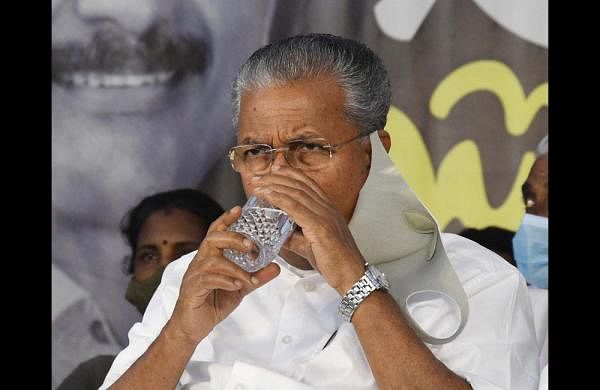 KASARAGOD: Chief Minister Pinarayi Vijayan on Tuesday said Union Railway Minister and BJP’s social media head Piyush Goyal told a white lie when he denied that the nuns from Kerala were not attacked and restrained in Jhansi by workers of the ABVP.

Instead of condemning the attack, the Union minister went on to whitewash the attackers, Pinarayi said in Kasaragod.

The alleged incident happened on March 19 when the two nuns from Delhi — on their way to Odisha — were stopped and forced to deboard the train after suspected Sangh Parivar workers accused them of trying to convert two women travelling with them. The police found the allegations false and allowed the nuns to leave for Odisha on the next train.

Goyal had on Monday dismissed the allegations that two nuns and postulants were attacked by ABVP workers at Jhansi railway station in Uttar Pradesh as baseless. He said Pinarayi was lying to appease the minority community in the state for vote-bank politics.

ALSO READ | There was no attack on nuns, Pinarayi lying: Piyush Goyal

“There was no attack on any nun whatsoever… the CM of the state is completely lying and making false statements when he says that,” Goyal said in a press conference in Kochi.

The CM asked Goyal why the nuns were restrained and accused of conversion while travelling. “The duo were attacked after the perpetrators found out they were nuns,” he said.

Vijayan said the people should understand the mindset of Sangh Parivar. Some time ago, four brothers were attacked in a similar fashion while travelling on a train, he said and added that the brothers were going home for Ramzan and attacked without provocation because they were Muslims. The youngest boy was murdered and thrown off the train, he further said.

The CM was referring to the murder of Junaid Khan (15), who was stabbed to death on a Delhi-Mathura train by a group of men in June 2017. “There were protests and condemnations against the attack across the country. But has there been a change in the mindset of the Sangh Parivar? No, the Sangh Parivar is still having the same mindset now,” he said.

Earlier, there was mob lynching over beef and now the violence was being spread in other ways, he said.

Yet, the secular forces are resisting it and Kerala will be at the forefront of that resistance, the CM said.