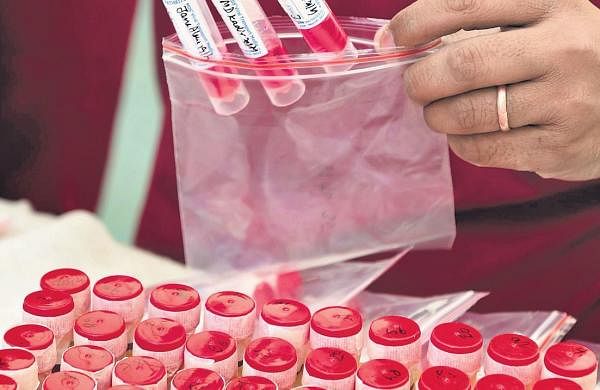 Uttar Pradesh on Thursday witnessed its biggest single-day spike in Covid cases with 8,490 infections and 39 deaths in the last 24 hours.

Of these, 50% of cases are from Lucknow, Prayagraj, Varanasi, and Kanpur.

The development comes even after the clamping of the night curfew in the six cities of the state.

The spike on Thursday has registered over a 40% rise in the number of cases in 24 hours as Wednesday had witnessed 6,023 cases.

After the onset of infection in March 2020, Thursday was the day when such a large number of infected people were found. Earlier, on September 11, 2020, 7103 were found infected in the state.

Now, the active cases have increased to 39,338 in the state. So far 9,003 people have died from this infection. State’s Additional Chief Secretary Health Amit Mohan Prasad said that 2,04,878 samples were examined in the state on Wednesday.

State capital Lucknow has been topping the tally with 2369 cases on Thursday against 1333 on Wednesday.

Shubham Sharma is in search of love!