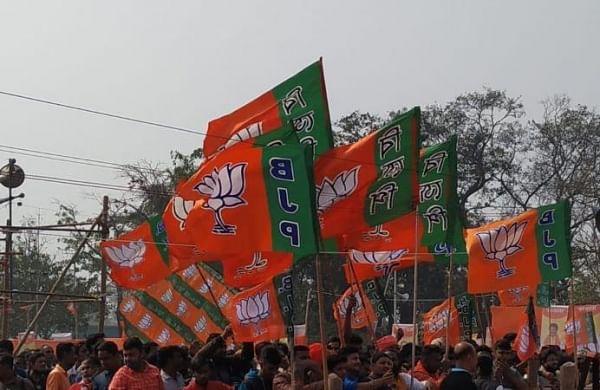 KOLKATA: A virtual lecture on the reasons behind the BJP’s setback in the West Bengal assembly polls, to be organised by Visva-Bharati university next week, was cancelled hours after it was announced on Wednesday, varsity sources said.

The lecture, “Why BJP failed to win West Bengal Assembly Elections” by Niti Aayog Joint Advisor Prof Sanjay Kumar, was part of the Visva-Bharati Lecture Series and Vice- Chancellor Prof Bidyut Chakrabarty was scheduled to preside over the programme.

A notice inviting people to attend the lecture to be held at 4 pm on May 18 via Zoom platform was posted on the central university’s website earlier in the day.

However, the authorities withdrew the notice, a copy of which is with PTI, from the website in the afternoon, sources said.

A brief message – “Due to some unavoidable circumstances, this 35th lecture is treated to be as cancelled for the time being” – had been later added to the notice which is also not available on the website now.

Visva-Bharati officials are not available for comment on the issue.

The decision to hold a lecture on such a political issue by the university founded by Nobel laureate poet Rabindranath Tagore did not go down well with a section of the ashramites and the faculty.

Veteran ashramite and Tagore family descendant Supriyo Tagore said, “Such blatantly political discourse should not be held in an institution like Visva Bharati associated with the ideals of Rabindranath.”

Tagore founded Visva-Bharati in 1921 and it became a central university in 1951, 10 years after the bard’s death.

A member of Left-leaning Visva Bharati University Faculty Association said, “The lecture on finding the reasons behind the BJP’s defeat by a Niti Aayog official would have compromised Visva-Bharati’s image as a liberal, independent institution.”

The lecture showed the political leanings of the present management of the university, he claimed, saying that it is good that the programme was cancelled.

In the West Bengal assembly election, the BJP bagged 77 seats while the Trinamool Congress secured a landslide victory winning 213 of the 292 constituencies that went to polls.

Election was countermanded in two seats due to the death of candidates.

States fighting with one another for vaccines portrays bad image of country: Kejriwal

NCSM and Science Museum Group, London to jointly organise a unique travelling exhibition to tell the story of global efforts to develop vaccines at pandemic speed