Where does one go when judiciary ‘washes hands off’ matters involving fundamental rights: Mufti 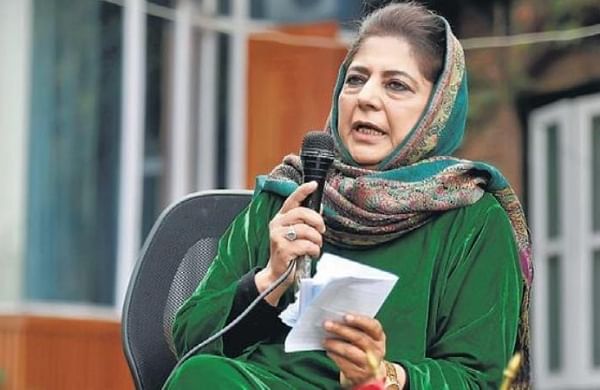 SRINAGAR: PDP president Mehbooba Mufti on Wednesday asked where does a person go when the judiciary, the only recourse left, “wash their hands off” matters involving fundamental rights “Under BJP’s rule, Indian constitution is being undermined time & again. Only option & recourse left is the judiciary. Once they too decide to wash their hands off matters which involve our fundamental rights where does one go?” Mehbooba wrote on Twitter.

The PDP chief’s remarks came after the Jammu and Kashmir High Court on Monday dismissed her petition seeking direction to passport authority for issuing a passport in her favour.

In a letter to Mufti, the Regional Passport Office here on March 26 rejected the application for her passport based on an “adverse” police verification report.

The Regional Passport Office has also rejected the application for a passport for Mufti’s mother.

Meanwhile, in another tweet, the PDP president alleged that the Army raided the house of her uncle and senior party leader Sartaj Madni who has been under custody since December last year.

“Army from RR Camp Devsar raided the house of PDP’s Sartaj Madni. The place was turned upside down and these personnel also thrashed boys. It’s shameful that they violated all rules and code of conduct with such impunity,” Mehbooba said.