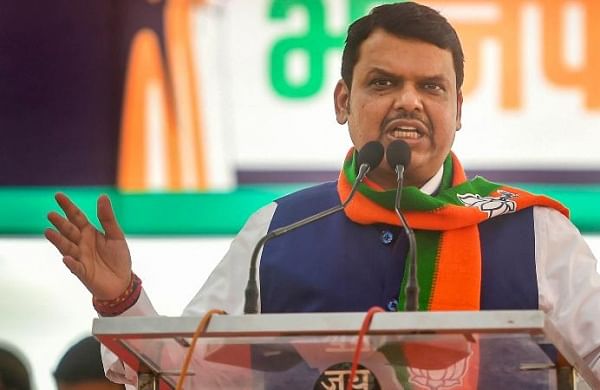 MUMBAI: Maharashtra opposition leader Devendra Fadnavis on Saturday said it was wrong to organise rallies in the state for an incident that “never occurred” in Tripura and appealed to people to exercise restraint as incidents of violence were reported for the second consecutive day from Amravati city prompting the police to impose a curfew.

“The Tripura government and local police have clarified that no religious place of a minority community was burned down. They have issued pictures of the same as well. I appeal to both the communities to observe restrain,” the former chief minister told reporters in Mumbai.

The senior BJP leader also said that political parties in the state government should not give inflammatory statements.

“It is absolutely wrong to hold rallies here in Maharashtra for an incident that has not even taken place in Tripura state. It is wrong to attack shops of a particular community,” he said.

On Saturday morning, a mob hurled stones and damaged shops at various places in Amravati city during a bandh allegedly organised by BJP, prompting the police to lathicharge the protesters, an official had said.

The fresh violence erupted a day after over eight thousand people gathered outside the Amravati district collector’s office to submit a memorandum demanding that atrocities against a minority community in Tripura and other places be stopped, officials had said.

When people were leaving after submitting the memorandum, stone-pelting took place at three places between Chitra Chowk and Cotton Market under the limits of the Kotwali police station.

Kotwali Police has so far registered 11 FIRs under various charges including rioting.

Ten persons were arrested, an official had said.

BSF only to complement and assist Punjab Police and other agencies, IG Sonali Mishra allays fears

BSF only to complement and assist Punjab Police and other agencies, IG Sonali Mishra allays fears