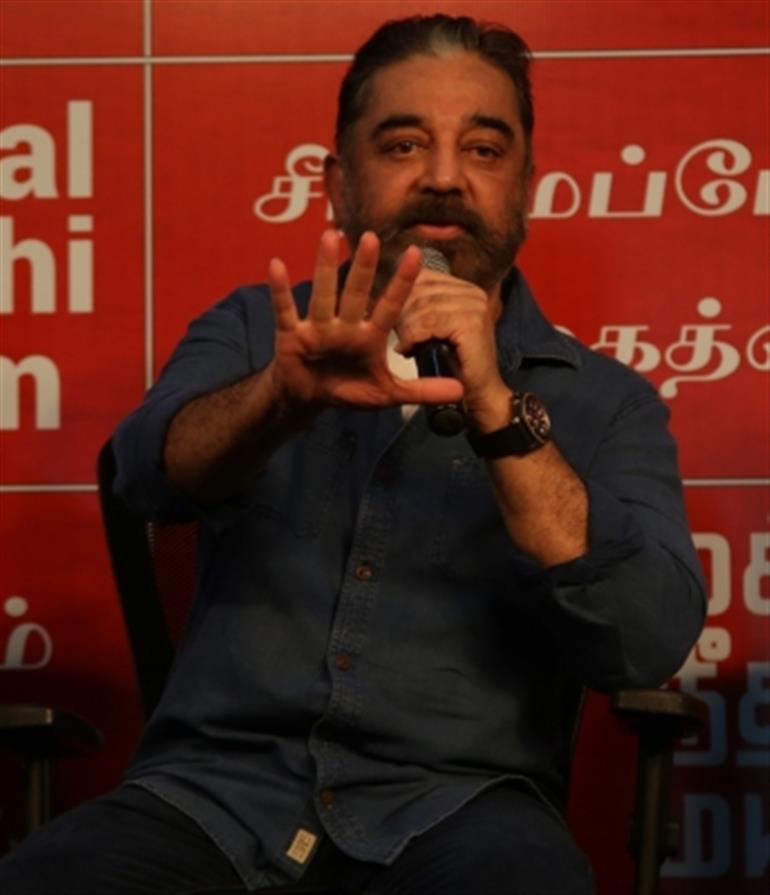 On Thursday, MNM General Secretary and retired IAS officer Santhosh Babu announced his resignation from his post and the party’s primary membership.

“Dear friends, Good afternoon! It’s with a heavy heart that I am informing you that I am resigning my post and membership from Makkal Needhi Maiam. My decision is due to personal reasons. I thank Kamal Sir and our team for their affection and friendship,” Babu said in a tweet.

“Some more are expected to quit next week. After the defeat of the party and his own in the Coimbatore (South) seat, Kamal was not ready to fix the problem but bent on fixing persons,” an MNM insider, speaking on condition of anonymity, told IANS.

The quitting of the two has raised the question whether the MNM is suffering from Thursday jinx?

On May 6, a Thursday, the party’s Vice President R. Mahendran announced his decision to quit his post and the party, saying that from June 2020 onwards, the multi-faceted MNM was being converted into a fan club.

The MNM had attracted many people who had made their name and fame in different sectors.

“We joined the MNM as it seemed different from other parties. As a new party, it offered lateral entry for many, unlike other established parties like the DMK and the AIADMK,” the official said.

“Till February 2021, Kamal was fine but after March, he was a different person. All were shocked to see that Kamal was more focussed on his own victory from Coimbatore (South) constituency than that of the party as a whole,” the official said.

The MNM suffered a rout in the recently-concluded Tamil Nadu Assembly elections with Kamal Haasan himself losing the poll in Coimbatore (South).

According to party insiders, Kamal Haasan was not ready to accept the reality and many are not seeing any future in the party.

The one common view was that the party was not to be seen after the 2019 Lok Sabha polls and did not contest in the local body elections.

Parachuting into Fort St George and occupying the Chief Minister’s seat may only happen in movies and not in real life, was the common view.

One of the common complaints voiced against Kamal Haasan was that he was not willing to discuss issues with the party officials while expecting them to execute his orders.

“A political party is not a proprietary firm. In a party, everyone is a stakeholder and issues have to be deliberated,” the official added.

In his resignation letter, Mahendran recalled how the suggestion made to Kamal Haasan to contest in Chennai or in two seats – Coimbatore (South) and in Chennai was ignored.

According to him, there is a decline in Kamal Haasan’s tenacity of purpose “which is buried under a style of operation that reeks of non-democratic manner of running a political party”.

Sankhya Solutions and Kamal Haasan’s advisor did not know or understand how to enhance “Brand Kamal”, he claimed.

Political analysts were of the unanimous view that Kamal Haasan, by aligning with small parties like the AISMK floated by movie hero R. Sarathkumar and the IJK blundered his chance to position himself as the third alternative to the AIADMK and the DMK.

“The problem with Kamal Haasan’s MNM ideology of ‘Centrism’ is very confusing and nobody understands that,” political analyst Kolahala Srenivaas had told IANS.

“Kamal Haasan failed in the three Ps formula for a third alternative – Purpose, Position and Performance. He didn’t have a clue as to how to position himself as an alternative. His ideology or Purpose was not clear and Performance was also bad. His party was not at all visible. It will be difficult for him from now as the novelty factor has vanished,” said an analyst.