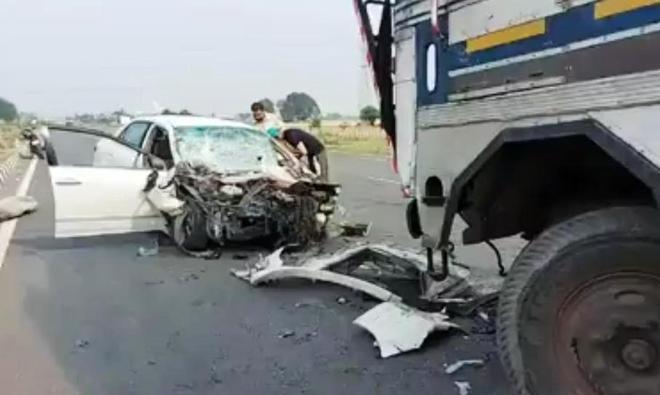 Three youths were killed in a road accident on the Ludhiana-Chandigarh highway here late last night.

The victims were on their way from Ludhiana to Chandigarh in a car when it crashed into a truck coming from the wrong side near Ranwan village.

Khamano SHO Harminder Singh said around 1 am, a Toyota car collided with a truck coming from the wrong side near the Ranwan-Maheshpur T-point.

He said the police reached the spot and retrieved the three from the car by shattering the windowpanes. He said two persons died on the spot, while the third died on the way to the hospital.

The driver of the truck fled the scene. The police have impounded the truck. The bodies were handed over to the families after post-mortem examinations. — OC