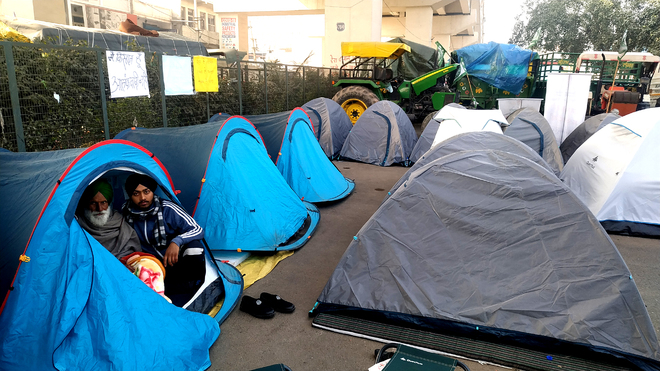 Farmers protesting against the acquisition of their land for the Delhi-Amritsar-Katra Expressway on Thursday held a protest outside the Passiana police station on Sangrur road, here.

Over 300 farmers associated with the Sangharsh committee pitched a tent outside the police station. They raised slogans against the state government.

Earlier, the protesting farmers blocked the entire road, but later allowed the traffic to pass through.

The farmers said that they have established a permanent protest at the site, and refuse to move.

“We will sit here until our demands are met. If the district administration does not listen to us, we will hold a march toward the CM residence in the city”, they said.

The farmers have pitched tents on the road to hold a sit-in. The farmers added that they are against the acquisition of land for the Expressway, and that weren’t getting adequate compensation for it.

Vaccination for all above 18 in Punjab may get delayed: Minister