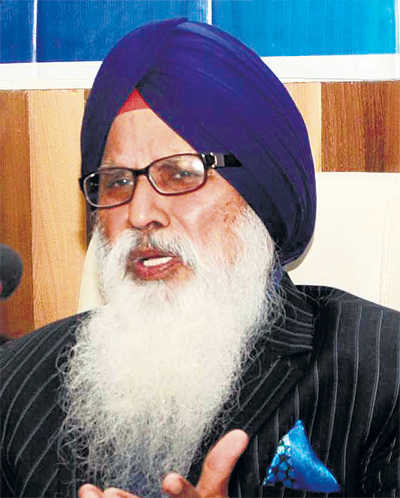 The Akal Takht has issued a ‘clean chit’ to the former president of the 118-year-old Chief Khalsa Diwan (CKD), Charanjit Singh Chadha, and lifted the order banning him from attending public events for two years that was enforced due to charges of ‘immoral’ activities.

A video purportedly showing Chadha making sexual advances towards a woman principal of a CKD-run school had gone viral in December 2017. Following the incident, Chadha has tendered his resignation.

On January 23, 2018, the Sikh clergy, headed by the former Akal Takht Jathedar Giani Gurbachan Singh, had barred Chadha from addressing any religious, social, political or educational function for two years. However, he could attend events as a commoner. Akal Takht had issued directions to watch his conduct during the period.

In response to Chadha’s repeated pleas of absolving him of the bar, the Sikh clergy, headed by Akal Takht officiating Jathedar Giani Harpreet Singh, reviewed his case in a recent meeting and zeroed in on lifting the ban on him.

Confirming this, Kulwinder Singh, PA to Akal Takht officiating Jathedar, said that Chadha has been intimated through an official letter dated April 5, 2021.

Chadha showed his gratitude towards the Sikh clergy. He claimed that he was absolved of all the charges legally too. “I am thankful to the Sikh clergy to allow me to participate in public gatherings. As per the directions of Akal Takht officiating Jathedar an Akhand Path would be initiated in a local gurdwara and ardas would be performed on Monday,” he said.

On January 4, 2018, Chadha had lost his son Inderpreet Singh Chadha, who was the then CKD vice-president. He had committed suicide with his licenced weapon since his name also cropped up in the controversy after the principal alleged that he was issuing threats to withdraw the complaint against his father.