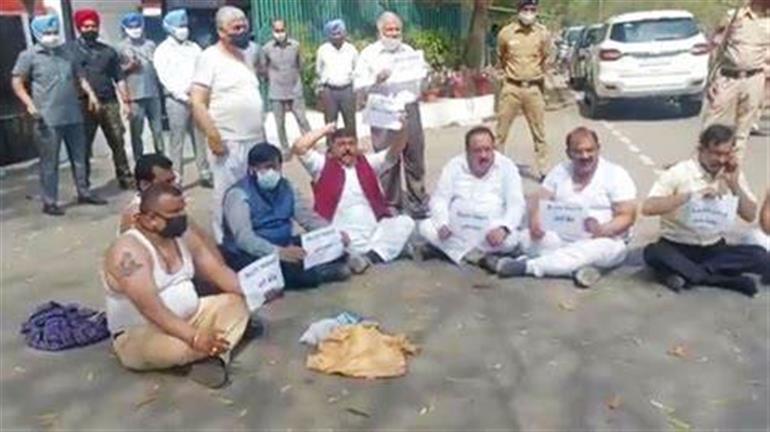 BJP leaders told the Governor that ruling Congress party has failed to protect the BJP leaders who are being targeted. They said that Abohar MLA Arun Narang was stripped and beaten by irate mob of farmers. They urged the Governor to ensure safety of BJP leaders.

Son Parkash said that they would also raise the issue of deteriorating law and order in state with the center government.He said that if elected repersentatives are not safe then how can a common man feel safe under Congress rule.

Later, the BJP leaders led by Ashwani Kumar, former Minister Madan Mohan Mittal and MP Tikshan Sood sat on dharna outside the official residence of Chief Minister Capt Amarinder Singh. They demanded immediate arrest of the culprits. Ashwani Sharma said that Arun Narang was attacked by goons in the guise of farmers. He said that law and order situation was going out of control and Capt Amarinder Singh is responsible for it. He said that Congress was trying to use farmer agitation for political purposes.

Text of PM’s address at the Orakandi Thakurbari in Bangladesh