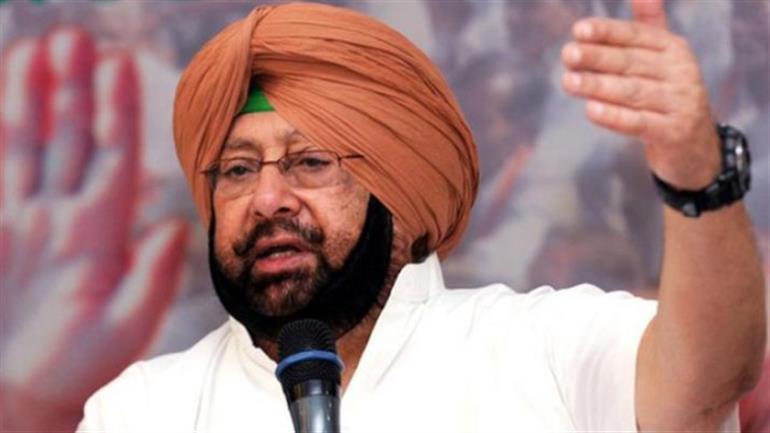 CHANDIGARH: Chief Minister Captain Amarinder Singh on Saturday slammed Yogi Adityanath over his inflammatory tweet on the declaration of Malerkotla as the 23rd district of Punjab, terming it an attempt to incite communal hatred in the peaceful state as part of the Bharatiya Janata Party’s divisive policies.

Contrasting the communal harmony in Punjab with the divisiveness being promoted by the Yogi Adiyanath government in Uttar Pradesh, Captain Amarinder Singh asked the former to stay out of his state’s affairs, which are in much better shape than those in UP under the divisive and destructive BJP government, which has been actively promoting communal discord in the state for the past over four years.

“What does he (Yogi Adityanath) know of Punjab’s ethos or the history of Malerkotla, whose relationship with Sikhism and its Gurus was known to every Punjabi? And what does he understand of the Indian Constitution, which is being brazenly trampled every day by his own government in UP?” asked the Chief Minister, in a strong reaction to his UP counterpart’s tweet, describing Malerkotla’s new status as a “sign of the divisive policies of the Congress.”

Mocking the UP chief minister’s comment, Captain Amarinder said that given Yogi Adityanath government’s and BJP’s track record of spreading communal hate, such a remark was utterly ridiculous, apart from being totally unwarranted and uncalled for. The whole world knows of the communally divisive policies of the BJP, and particularly the Yogi Adityanath government in UP, said the Chief Minister. Pointing to the spate of changes in names of various UP cities , including Mughal Sarai to Pandit Deen Dayal Upadhyay Nagar, Allahabad as Prayagraj and Faizabad as Ayodhya, he dubbed it an attempt by the Yogi government to rewrite history, which the peace-loving people of India will never condone.

Citing media reports, Captain Amarinder recalled that UP was the first state in the country to approve `love jihad’ laws, and Yogi Adiyanath’s open hatred for Taj Mahal (which he sees as a legacy of the Mughals) has been the subject matter of criticism in international press. In fact, the UP chief minister is reportedly the founder of Hindu Yuva Vahini, an organisation that was responsible for starting cow vigilantism, which led to lynching of Muslims in his own state, the Punjab Chief Minister further pointed out.

It was obvious that the tweet of the UP government head on Malerkotla was nothing but a provocative gesture aimed at creating conflict among the communities living in perfect harmony in Punjab, said the Chief Minister. He termed it a conspiracy on the part of the BJP to spread disharmony in Punjab ahead of the Assembly elections, which are just months away. “But the UP chief minister seems to have forgotten that his own state is also going to the polls at the same time, and if the recent Panchayat poll results are any indication, the BJP is in for a complete and shocking rout,” he quipped.

Yogi Adityanath should focus his energies on saving his own state, where the Covid situation is spirally out of control, with bodies of the victims of the pandemic being found dumped in rivers, thus depriving them of even the dignity of a decent cremation/burial, said Captain Amarinder.

“A chief minister who cannot protect even the basic human rights of his state’s people and allows them to be treated with such shocking disrespect has no moral right to continue in office, leave alone comment on the functioning of another state government,” declared the Punjab Chief Minister.