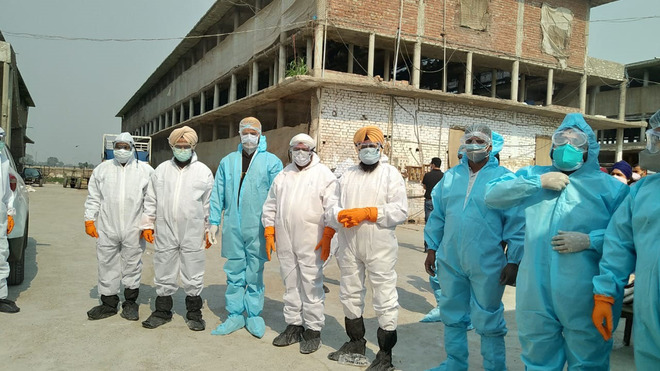 As many as 28 teams of veterinary officials have been constituted to complete the culling and containment operations. The whole process is likely to take two or three days for completion.

Heavy police force was deployed to cordon off the area in the ‘infected zone’, which is one-kilometre area around the poultry farm, before starting the operation on Sunday. “The poultry farm will be sanitised after the operation ends,” said Dr Walia, adding that their aim was to contain the infection. “Initially, we have started culling of poultry birds which were found to be infected by the National Institute of High Security Animal Diseases Lab, Bhopal,” said Dr Walia.

Later, authorities will inspect domesticated birds within 1-10 km radius that has been declared as ‘surveillance zone’.

Dr Walia said people who had consumed cooked poultry food should not worry as the virus is killed during heating. “Boiled eggs, cooked and roasted chicken do not contain virus,” he said, adding that the virus was transmitted among the birds only.