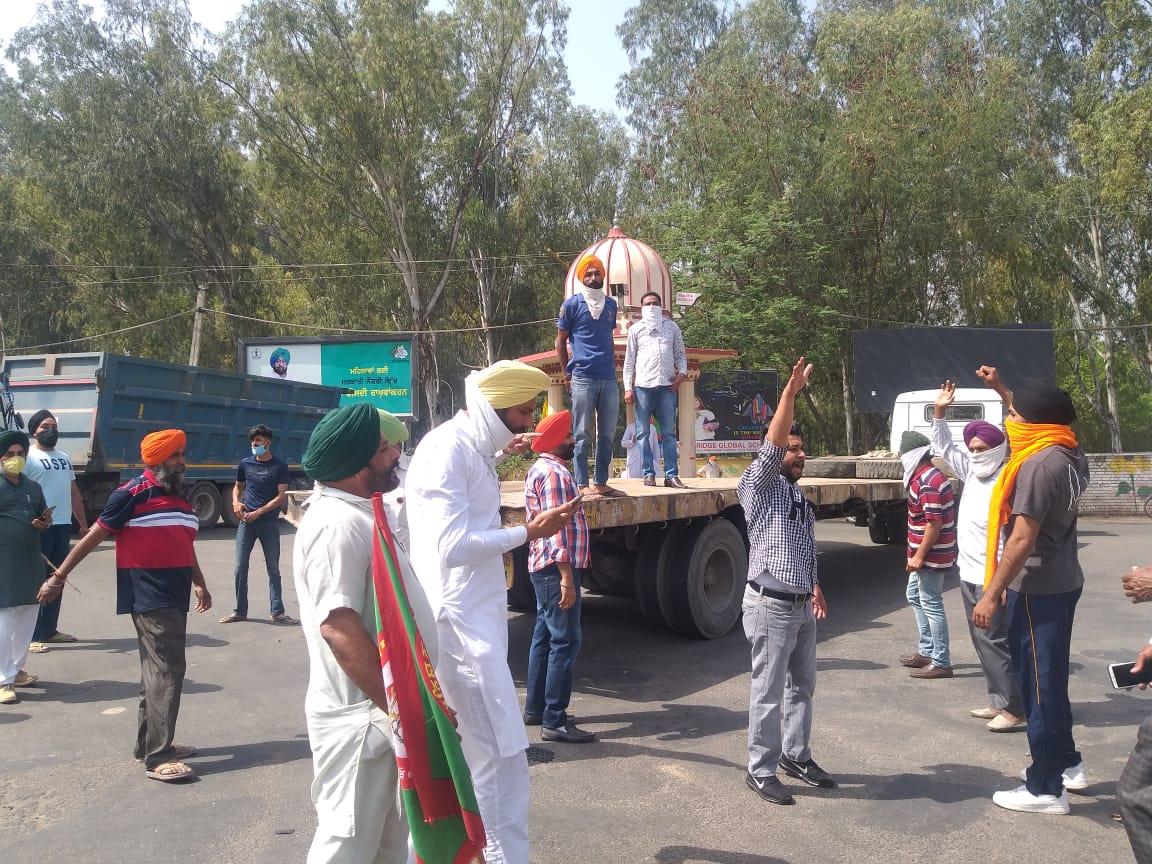 Farmers associated with various organisations held a protest at the Thapar institute-Bhadson road light-point in Patiala against police inaction in the death of a 46-year-old and the hospitalisation of others in an accident at the light-point on Monday.

The farmers said the deceased farmer Inderjeet Singh was killed after being mowed down in the accident while 5 others, including a pregnant woman and two children, were admitted to various hospitals. The deceased man had been protesting at the light-point over the three agricultural laws.

They said the car driven by an excise department official at high speed rammed into the farmer. It then crashed into two other cars and a motorcycle.

Farmers associated with unions including the Krantikari Kisan union, BKU Dakaunda and others gathered at the light-point and raised a protest.

The protesters alleged that a medical examination of the accused was not conducted by the police. They also alleged that police helped him escape the accident site and directed him (accused) to get admitted to a hospital.

They also alleged that the two police stations wasted crucial time following the accident that happened just 100 meters away from the Civil Lines police station. However, the Tripuri police later reached the spot and inspected the scene of the crime almost an hour after the accident.

In a press note, the farmers said Singh be declared a shaheed of the Kisan Morcha and his family be compensated for the same. They also want that the district administration to pay for the treatment of those admitted to the hospital. The farmers have demanded the arrest of the driver and an FIR be registered against him.

Meanwhile, Tripuri SHO Harry Boparai said the police have registered a case against the accused driver. He is, however, under treatment at a private hospital.

Is there any deal with China on WHO Covid report, asks Congress leader Manish Tewari