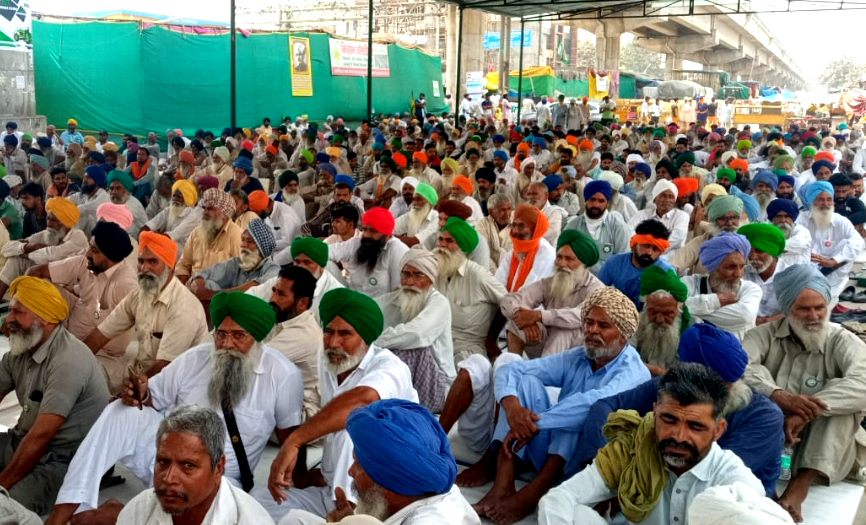 The Samyukt Kisan Morcha (SKM) is gearing up to make 24-hour blockade on the KMP expressway on April 10 successful with leaders of various farm outfits from Haryana launching a public contact campaign in the villages on Wednesday to muster people’s support for the protest.

They visited Kultana, Baland, Garnavathi villages in Rohtak and Rohad, Dighal, Jakhoda, Badli villages in Jhajjar district and motivated the villagers to ensure their participation in the blockade to strengthen the agitation.

“To ensure massive turnout, we are stressing upon especially those villages located nearby the KMP expressway so that they could easily reach the protest site in a large number hence different teams have been formed to contact people in these villages,” said Inderjit Singh, vice president, All India Kisan Sabha.

Singh maintained at a meeting held at Tikri border today, duties had been assigned to the farm leaders to invite the people by making phone calls or using other media as well.

The 24-hour blockade would be resorted to from 10 am on April 10 at the same points where dharna was staged on March 6, he added.

Virendra Hooda, national general secretary of the BKU (Kisan Sarkar), said the call for blockade on the KMP expressway was against ‘indifference’ of the Central government towards farmers’ agitation and continuing with its own agenda of privatisation besides new norms notified by the FCI for the purchase of wheat.

“Today, we visited several villages and found acute resentment among the villagers against the BJP government over the farmers’ issue” Hooda claimed.

Sumit Dalal, another farmer leader, said the role of nodal purchase agency had been truncated in a systematic way with an intention to facilitate the corporate sector and private players in grain trade.

“Conditions like asking for land revenue documents or abruptly transferring money directly to the farmers’ account may cause problems as those farmers who cultivate on contract basis will be deprived of the money of sale as they do not have land titles in their names,” he added.