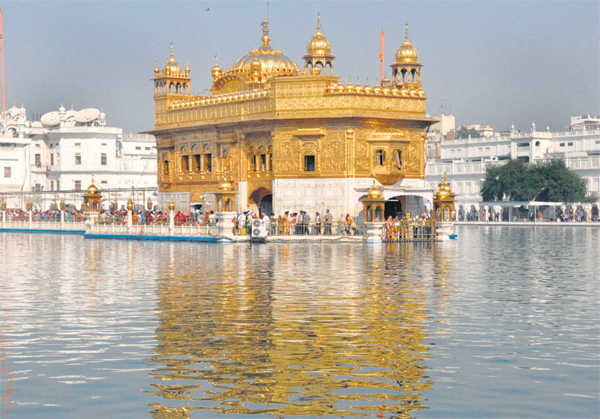 Though the Hola Mohalla celebrations at Anandpur, the birth place of Khalsa are a much larger event, the festival is also celebrated at Golden Temple every year for the last more than two centuries. The devotees from far off places visit the place to attend the annual event.

Hola Mohalla was instituted by the tenth Sikh master, Guru Gobind Singh, as a martial festival beginning the day after Holi, the spring festival of colours celebrated across the country.

Amritsar: The district unit of the Education Department staged a play during the 82nd Hola Mohalla function celebrated at Gurdwara Bohri Sahib, Kot Khalsa. The nukkad natak titled ‘Government Schools are Pillar of Education’ was staged as part of the department’s ongoing campaign to enrol students. Parents were encouraged to enrol their children in government schools. — TNS

Offices to remain closed in six districts of Haryana: CM