‘I don’t want to continue’, says doctor after assault by villagers 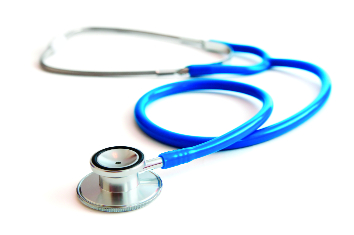 “I don’t want to continue with my job,” said a medical officer of the Patiala Health Department after he was assaulted by villagers for following the Covid protocol.

I am extremely traumatised. If this is what I have to face while doing my duty, then I better call it a day. I am also disappointed that no action had been taken so far in the incident. — Medical officer, Patiala Health Department

Sangrur: Members of various organisations on Thursday organised a march here demanding reopening of schools and colleges. “All have decided to launch an agitation if the Punjab Government fails to reopen schools and colleges” said Raman Kalajhar, a leader of PSU (Randhawa). TNS

The medical officer, posted in the Dhudhan Sadhan block, was allegedly beaten up during the cremation of a Covid victim at Chahut village on Tuesday afternoon. “I am extremely traumatised. If this is what I have to face while doing my duty, then I better call it a day,” said the 39-year-old doctor. Sources said the doctor managed to flee the cremation ground only after some people from the village intervened.

The doctor added he was disappointed that no action had been taken so far in the incident despite a complaint to his seniors. Dr Kiran Verma, Senior Medical Officer, Dudhan Sadhan, said, “The officer was beaten up after he objected to taking of photos of the dead Covid victim because it is against the protocol.”

When asked about filing a complaint with the police, Dr Verma said, “I have verbally informed the Station House Officer who assured me of action.” The Julkan SHO said he was not aware of the incident, but he could take action only after a complaint. Villagers were reportedly upset at the death of 55-year-old Charu Kaur.

IPL kicks off with Rohit-Kohli duel

IPL kicks off with Rohit-Kohli duel

“Covid only a mild infection for most, hoarding oxygen and medicines creating a panic”, Dr Guleria says while addressing concerns and issues related to COVID19

Kapil Sharma reveals his newborn baby boy’s name thanks to singer Neeti Mohan; check it out