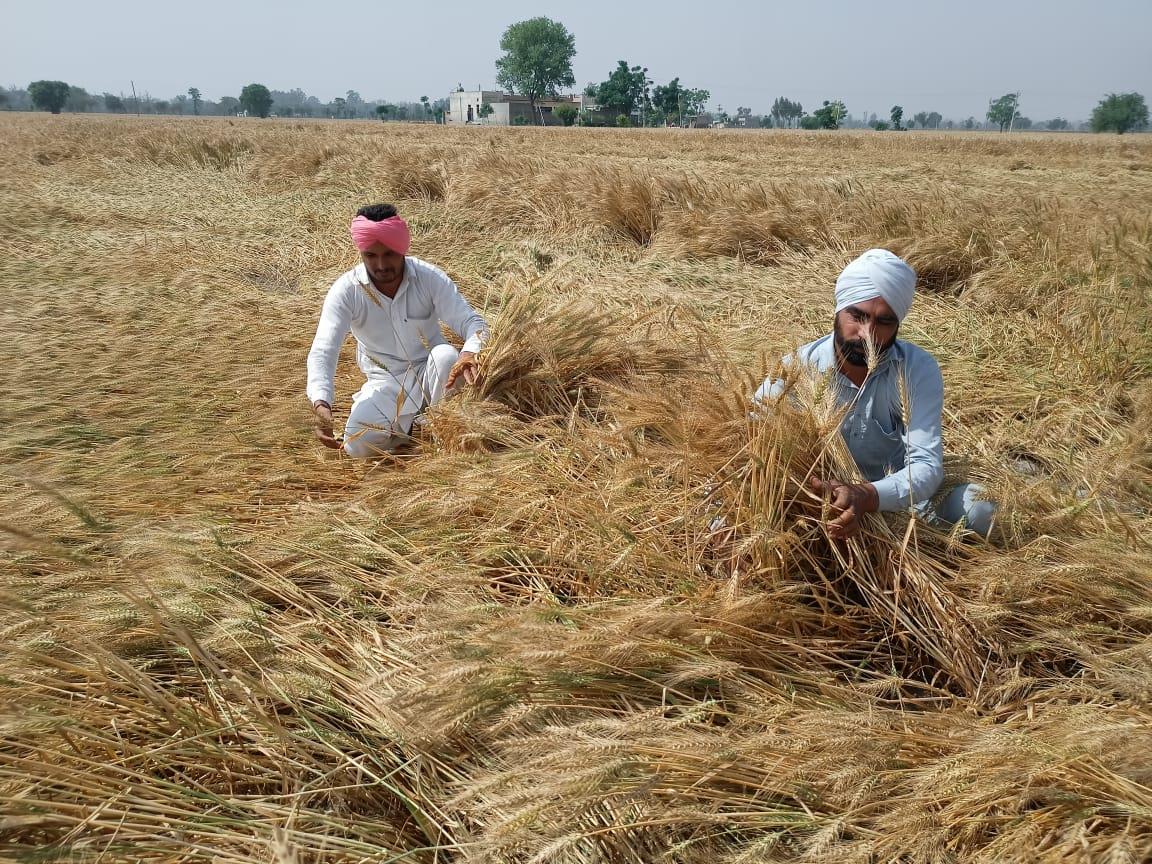 Rain accompanied by a thunderstorm lashed parts of Punjab on Tuesday evening causing property and crop damage and uprooting trees.

Temperatures dipped in what has been an otherwise hot April.

In Bathinda, normal life was thrown out of gear due to the uprooting of trees and electricity poles. This resulted in power cuts in many areas, and some didn’t receive power supply even after midnight.

There were problems with the telephone and internet connectivity as well. As per the weather department, the wind speed recorded at Bathinda was 92.6 km per hour.

Raj Kumar of PAU Bathinda Regional Centre MeT department said: “They are still chances of light rain/thundershowers along with thunderstorm/lighting accompanied with gusty winds at isolated places in next 24-36 hours in the region.”

Darevjeet Thakur of Basant Vihar said after the storm many electricity poles and trees were uprooted outside his house, causing blockage in the street, but no help was received from PSPCL even after repeated complaints. Later, we at our own risk cleared trees from the street and made passage to walk.

Signboards and hoardings were also blown away by the storm and high velocity winds.

The rain damaged standing wheat crops in the fields in the region and will also lead to delay in harvesting as due to rain, the crop has got wet and will have high moisture content.

Chief Agricultural Officer Bahadur Singh said “Standing wheat crops must have got damaged due to heavy winds and we are making a report, after which we will be able to give clear figures about the damage”.

In Patiala, the storm rattled the city out of electricity supply.

The supply remained affected throughout the night in most parts of the city. In certain areas, the fluctuations continued until Wednesday morning.

Meanwhile, crops ready for harvest bore the brunt as the strong winds coupled with rain knocked the fresh crop to the ground.

After meeting Badnore, IG Vijay Pratap hints he is firm on resigning, has convinced Capt