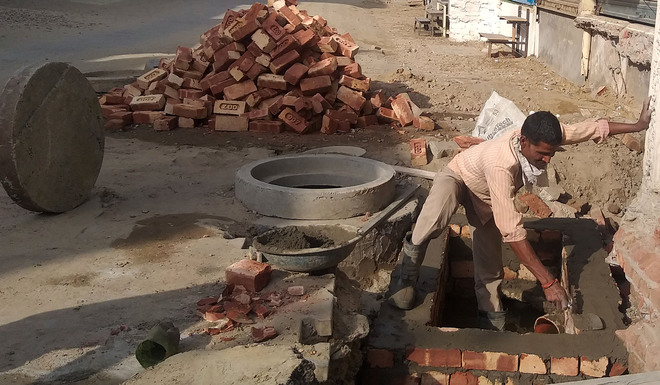 With migrant labourers returning to their home states amid rise in Covid cases, the construction sector has been badly hit while farmers are already expecting labour shortage in the upcoming paddy season.

Government contractor Gurdev Singh said despite pending work at six sites, he had no labour to complete the projects. “For the past four months, my work has been suffering. A majority of the labourers have returned and now I am barely managing with half the labour,” he said, adding that shortage of trained labourer was hitting the work most.

Migrants are demanding 25 per cent advance payment through phone-based apps as security. Also, the labour rates have more than doubled from Rs3,200 per acre (in 2019)

Labourers claimed that many of them returned to Bihar and Uttar Pradesh fearing lockdown. “We are still reluctant to come back to Punjab. The way we had to cycle hundreds of kilometers to our homes last year is still fresh in our mind,” said Pritpal, a UP-based labourer.

However, not only the construction workers but also the farm labour shortage has the farmers worried, as the crucial paddy season begins in June.

Satnam S Behru, chief of consortium of Indian Farmers Association, Satnam S Behru said last year they faced acute shortage in the paddy season and this year seemed no different. “Since paddy needs expert labour, the ones in this trade are demanding advance payments and only willing to come if their ration and stay is taken care of in case of a lockdown,” he said.

“We are hopeful that sufficient rural labour will be available to fill the vacuum created by the unavailability of migrant labourers. Fortunately, migrants engaged with vegetable growers are available in rural areas which will be engaged in the transplantation of paddy also,” said Behru.

I haven’t done a massy film before: Disha Patani on ‘Radhe’