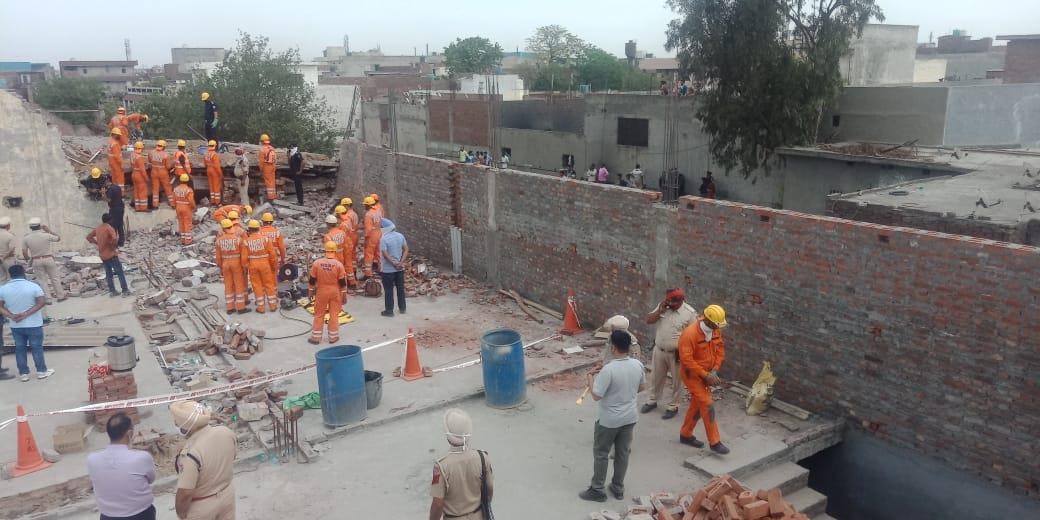 The roof of a building collapsed at Baba Mukand Singh Naga on Daba Road here on Monday.

Deputy Commissioner Varinder Kumar Sharma and Commissioner of Police took stock of the situation after the under-construction roof of a factory collapsed.

According to officials, 36 of the 40 people have been rescued. Four people are said to be trapped inside.

One person was declared brought dead to the Civil Hospital. Ten people are undergoing treatment at the Civil and Apollo hospitals. Two seriously injured  under treatment at Apollo Hospital are in a critical condition.

The construction work of the building was under way without permission.

The factory owner was reportedly lifting the lintel level without the permission of the Municipal Corporation. Workers of nearby factories said the lintel lifting work had started around 4 am and the incident took place around 9.40 am.